1 December 2008 marks the 20th year since the creation of World Aids Day.  In the past two decades there has been significant progress in prevention and treatment and the campaign acts as a significant advance in awareness raising.  Nevertheless, there remain many areas of concern and people with HIV face stigmatism on a daily basis, with no cure obtainable, observes CARAM Asia.

Despite the fact that the Joint United Nations Programme on HIV/AIDS (UNAIDS) has reported a decrease in the level of infections, last year still saw some two million deaths due to the epidemic.  CARAM Asia urges all governments to remain committed to their promise laid out in the Universal Access 2010 and to eliminate all forms of discrimination against positive people.

The dynamics of tackling the HIV virus are changing.  Prior to 2004, intravenous drug users (IDUs), gay men and sex workers were deemed as the most at risk population (MARP) and measures often focussed primarily on this demographic.  But as developing countries increasingly become dependent on remittances, migrant workers and mobilised populations now find themselves as one of the groups within the MARP demographic.  This development indicates that the spread of HIV is now reaching out to a wider area, requiring greater attention from the international community.

In order to combat the spread of HIV, more than 70 governments around the world have implemented various forms of HIV-related travel restrictions as part of their national policy.  Such restrictive policies have no evidence for a valid public health policy and only add to undermine already existing HIV preventative measures. The greater involvement of people with HIV or Aids (GIPA) principle is destabilised by such guidelines as people with HIV are unable to attend organised events or participate in regional or global initiatives. The use of travel-related restrictions signifies that governments deem HIV as a foreign concern whereas maintaining education would provide a far more beneficial platform to nationals within their borders.

To date there is no evidence to suggest that this exclusionary practice limits the spread of HIV but instead only acts to further stigmatise known sufferers.  Many countries such as Malaysia, China, Japan, Singapore and members of the Gulf Cooperation Council (GCC) subject migrant workers to mandatory HIV testing and if found to be positive, they are denied stay and immediately deported.  In some cases they are not even informed of their own status and this can have catastrophic in the long term.

The use of these policies exposes migrant workers and mobile populations, who are already highly vulnerable, to situations of great discrimination and further economic devastation.  Destination governments also routinely deny migrant workers access to medical treatments including anti-retroviral treatment (ART) as they argue that such availability would only burden national health budgets. Counter to this unfounded claim, migrant workers originate from the world’s poorest countries and are driven by economic opportunity.  People with HIV contribute a great deal both socially and economically, living productive lives that benefit destination countries and policies need to reflect this.  Henceforth, any such exclusion of positive people over potential costs of treatment must be based on individual assessments as opposed to generic attitudes.

The current implementation of this policy flies in the face of such agreements as the Declaration of Commitment on HIV/AIDS (2001) adopted by 189 countries and the subsequent Political Declaration on HIV/AIDS (Political Declaration 2006).  Such legislation also ignores the recommendations of the UNAIDS/ International Organisation for Migrations (IOM) recommendations (June 2004) to remove HIV-related travel restrictions because the virus cannot be transmitted through causal contact.

This year’s World Aids Day theme is that of leadership, and it is with this sentiment in mind that CARAM Asia calls for all governments to immediately;

* Eliminate HIV-related travel restrictions, for both short- and long-term stay.
* Remove any mandatory HIV testing that leads to deportation or as an employment requirement.
* Provide migrant workers with appropriate health services and treatments by both governments of origin and destination, including access to ART.

CARAM Asia is NGO in Special Consultative Status with the Economic and Social Council of the United Nations. It is an open network of NGOs and CBOs, consisting of 29 members covering 17 countries in Asia and the Middle East. The CARAM Asia network is involved in action research, advocacy and capacity building with the aim of creating an enabling environment to empower migrants and their communities to reduce HIV vulnerability and to promote and protect the health rights of Asian migrant workers globally. Visit www.caramasia.org for more information on CARAM Asia. 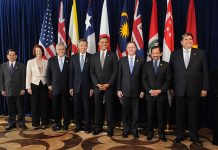 In solidarity with foreign domestic workers