Given the gravity of the matter, it is not surprising that civil society groups are annoyed by this information clampdown, writes Mustafa K Anuar.

It is disconcerting that the Pakatan Harapan (PH) government has chosen to put a lid on the recommendations of the Council of Eminent Persons (CEP) under the cover of the controversial Official Secrets Act – despite requests from Malaysians for their accessibility.

To not declassify the report is a cause for concern as it has serious implications on the principles of transparency and accountability that the PH politicians profess to champion, especially during the electoral campaign in the last general election.

Accessibility to the recommendations is imperative because they touch on matters vital to ordinary Malaysians, such as issues of poverty, institutional reforms, governance, education, healthcare and the economy.

Such refusal to declassify implies an apparent penchant by the current administration to employ the Official Secrets Act without giving concrete and specific justification to the people – a scornful attitude that is reminiscent of the previous Najib administration that the then-opposition was critical of.

The report should be made public for essential scrutiny given that the CEP in the first place was not created with the legal blessings of the Malaysian Parliament. In other words, the output of the CEP needs public interrogation.

It doesn’t help that the Official Secrets Act, as it stands now, contains definitions that are so wide-ranging and vague that it can mean that almost anything is an “official secret” – and hence could lend itself to abuse.

Support the struggle to build a Malaysia based on Justice, Freedom, Solidarity:
READ MORE:  Stop constant intimidation and harassment tactics against journalists

Apart from matters of national security, defence and other well-defined concerns which can come under the stamp of official secrets, other matters that relate directly to the lives of ordinary Malaysians and the country’s development strategies ought to be placed in the public domain so that the people can give feedback on the CEP recommendations.

These important things for the general public cannot be deemed confidential by any stretch of imagination.

Given the gravity of this matter, it is thus not surprising that civil society groups are annoyed by the information clampdown that deprives them of their right to know.

Besides, they’ve been here before: they knew how frustrating it was when the final audit report on the scandalous 1Malaysia Development Bhd was classified an “official secret” under the watch of former Prime Minister Najib Razak.

At least two lawmakers from the PH camp have already expressed their disappointment over this official secret classification of the CEP report.

It makes one wonder cynically whether such an inclination to classify information crucial to the everyday existence of the citizenry as state secrets is the harbinger of a “new era”.

In a supposedly new era of politics, top-down communications should be a thing of the past because a participatory democracy, as a “new Malaysia” should be, encourages stakeholders’ involvement in shaping the country’s future.

This right to know of the citizenry would come in handy if and when the much-awaited freedom of information law is crafted and enforced for the entire country. This piece of legislation is central to the development of an informed citizenry.

READ MORE:  Transparency a weapon in war against pandemic

Furthermore, under the freedom of information regime, the onus will be on the government of the day to justify concretely why a certain piece of information cannot be shared in the public domain. Hence, this is one law that urgently needs to be instituted.

Unless there is a conscientious attempt to execute these important principles, the use of the Official Secrets Act could eventually lead to abuse of power and corruption. 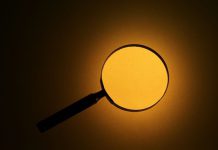