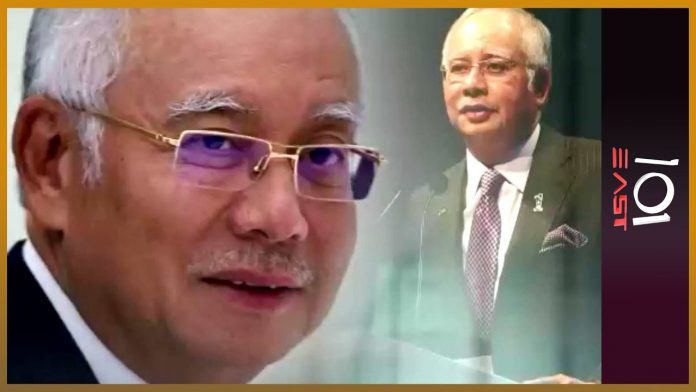 Hopefully the Al Jazeera interview will serve as a preview of a freer Malaysian media that will no longer brook the patronising or condescending attitude of politicians, says Mustafa K Anuar.

The recent Al Jazeera interview with former prime minister Najib Razak serves as a cautionary note to other politicians as well as the journalistic fraternity that Malaysia needs to raise the bar much higher when it comes to the TV performance of public figures.

It is especially so when it comes to interviews with past prime ministers who should have the stature to hold court in a brilliant fashion.

Najib, who had long been “schooled” by the pliant mainstream media that he governed, should have been advised at least by his media advisers that having an interview with international media, such as Al Jazeera, would be no Sunday picnic. If anything, it could turn out to be a Sunday grill.

Najib was often mollycoddled by fawning Malaysian journalists during his administration so that he eventually got an easy ride in press conferences, which, by the way, were few and far between.

We are mindful of an occasion – after the 1Malaysia Development Bhd scandal exploded onto the international scene – where he invited a few selected journalists to ‘explain’ what the controversy was all about from his viewpoint.

Najib’s misdemeanour has resulted in viewers remembering more of how he stormed out of the Al Jazeera interview than what he had expressed in the programme. Additionally, his body language spoke volumes, giving away far more than what he articulated. His head often tilted to his left while the eyes shifted away from Mary Ann Jolley’s, his interviewer.

All this doesn’t contribute to the reduction of public suspicion of the colossal misdeeds allegedly associated with Najib and his administration. It also did not help that he did not answer directly or clearly the questions posed by Jolley. He made a number of assumptions or assertions in his response that were questionable.

Didn’t Najib realise that he wasn’t trading words with some nondescript person for him to leave in a huff as if he was at a Halloween warehouse sale instead of in a programme that was being broadcasted to gaping TV viewers worldwide?

Surely, he knew that he’d be asked tough questions in the wake of his political downfall, the police raids on his house and other apartments and especially the unravelling of the internationally known scandal surrounding 1MDB.

Jolley might have been away from Malaysia since her deportation in 2015 by the Najib administration – for having conducted investigative journalism on the gruesome murder of Mongolian model Altantuya Shaarriibuu – but she was well aware that the issues she raised in the interview with Najib, particularly the Altantuya murder and the heinous crime of 1MDB, were much more important than the issue of the Selangor water crisis of yore.

Najib was known to have consciously prioritised the Selangor water issue over other more pressing problems in the recent past.

Very often in a TV interview, politicians are pressed on the spot to account for what they have done or will do in the future. Najib should have been aware of that – and should have been ready with answers, convincing ones at that.

As for the money in Najib’s account that supposedly came from the Saudi government in support of him, one wonders – if it was true – whether this Saudi gesture is tantamount to interfering in Malaysian politics.

On a positive note, it is hoped that the Al Jazeera interview will serve as a preview of a freer Malaysian media that would no longer brook the patronising or condescending attitude of politicians in the ‘new Malaysia’, especially during press conferences.

Tough questions posed should not be construed as journalists being rude even to the most revered of political leaders. It is part and parcel of journalism.

Oh, but then, it’s time we talked about the economy.

A sense of betrayal and shame

Riddles and lies – except the truth!