Our sense of humanity demands that excessive politicking must be put aside for the wellbeing of the people, especially the vulnerable in society, Mustafa K Anuar writes.

Food aid and other forms of assistance serve as a vital lifeline for the needy, the destitute and the economically vulnerable who struggle to put their heads above water.

In an emergency, particularly in the first phase of the movement control order enforced on 18 March, it became crucial that the assistance not only reached all those in need but also arrived promptly.

A delay of aid delivery, which reportedly occurred in certain cases, could give rise to unnecessary hardship, such as prolonged hunger and, in extreme cases, result in possibly a matter of life and death.

Given such a priority and urgency, the distribution of 864,000 food baskets should have been executed with a bipartisan approach to ensure effective and speedy delivery.

It is, therefore, baffling to observe how Women, Family and Community Development Minister Rina Harun rationalised the selection of people who were tasked to distribute the food baskets, particularly in opposition constituencies. In responding to a recent parliamentary query, she said that apart from assigning the Welfare Department to do the important job, coordinators from the Perikatan Nasional pact members were also appointed. Some Pakatan Harapan MPs, who represent their constituencies and are well acquainted with the needy groups in their areas, were unfortunately left out of the distribution list.

In such an emergency where humanitarian aid has to be rushed, it is most inappropriate, if not outrageous, to compete for brownie points – if such exclusion boils down to that. Besides, the opposition MPs are legitimate representatives who have responsibilities for the welfare of their respective constituents.

Support the struggle to build a Malaysia based on Justice, Freedom, Solidarity:
READ MORE:  Meat cartel scandal too horrendous to ignore

The minister concerned should have had the magnanimity to include all the stakeholders in the collective effort to help the needy – an approach that could have earned her a feather in her cap.

We are talking about certain underprivileged groups who struggle with the question of putting food on the table almost on a daily basis. Playing politics at their expense is downright horrifying.

There are certain areas of concern, such as food aid, health and security, where political cooperation can come in handy for the benefit of everyone.

To be clear, to include as many groups as possible in this humanitarian initiative does not dilute or downgrade the importance of the government of the day as the primary provider of essential assistance to the poor and the needy, which it can easily claim credit for. In fact,  people expect the government to assist the needy and the vulnerable in society continuously, especially in an economy battered by the coronavirus pandemic.

As part of a concerted effort to help resuscitate the weak economy, it would be useful to have views from various sectors of society taken into account in drawing up policies and strategies for the benefit of ordinary people. Our sense of humanity demands that excessive politicking must be put aside for the wellbeing of the people, especially the vulnerable in society.

Sabah: The essence of humanitarian aid amid pandemic 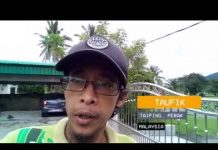 Permaculture: Grow your own food at home