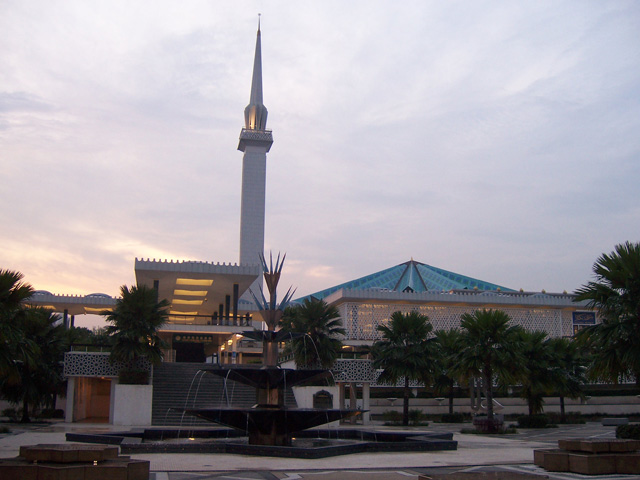 Efforts should be made to raise public awareness of the importance of mutual respect and understanding among adherents of the various religions, writes Mustafa K Anuar.

That a special unit has been established recently by the Mahathir administration to monitor all means of communication, including social media, for acts of disparaging Prophet Muhammad and Islam indicates the gravity of the problem.

In recent weeks, we have seen a spate of incidents in which certain individuals, for reasons best known to themselves, reportedly mocked and insulted Islam and the prophet via social media.

This phenomenon is worrying for a number of reasons.

For one thing, it suggests that a certain segment of our society has been acting irresponsibly – in an era where the parameters of freedom of expression have been widened to a certain extent – without taking into due consideration the impact of their public misconduct on the rest of society. Needless to say, to cast aspersions on Muslims’ revered prophet is as foolhardy as it is dangerous. Doing it on the keyboard is no less dangerous than spewing religious hatred at public rallies.

Second, it has serious implications on ethnic relations and mutual respect for each other’s faith because a slur on one’s faith is an emotive issue. It is stoking the fire of ethno-religious distrust and hatred at a time when the politicisation of race and religion has increasingly become the modus operandi for those relentlessly seeking political power in an insidious manner. It is even perilously Machiavellian if these acts of mocking religion are exploited by certain forces in society as a way to distract public attention from other more pressing issues of the day.

Third, such misdeeds only reinforce, directly or otherwise, the siege mentality among certain segments of the Malay-Muslim communities that their faith has become a deliberate target of their “foes” who supposedly want to displace Islam with another religion as the country’s official religion.

Finally, these uncalled-for acts play into the hands of certain conservative forces in society who would call for draconian laws to be enacted to control the entire population, which is said to have been enjoying too much freedom. At the very least, these forces would insist the government maintain certain undemocratic laws that are still in our statute books as a way to preserve “national security”.

Malaysians who are concerned about the progress and future of our country should draw on lessons from other countries such as India, Bangladesh and Myanmar that face religious strife. Often, the upshot of such conflicts is dead bodies and the destruction of private and public properties, as well as certain social institutions.

Against such a backdrop, the setting up of the special monitoring unit is a step in the right direction. These misdeeds should be effectively curbed so that they do not develop into an unhealthy trend in our society.

The special unit should also make it clear what it considers religiously “insulting” and “mocking” so that an intellectual discourse that involves arguments pertaining to various aspects of Islam may not necessarily make victims out of those Muslims (and non-Muslims as well) whose perspectives may run counter to the dominant paradigm.

Additionally, while we indeed recognise the seriousness of cases involving the mockery of the prophet and Islam, the government may want to also consider monitoring incidents of certain individuals or groups who might insult faiths other than Islam in this country as this obviously has repercussions on our ethno-religious relations.

This is also a way for the government to show that it places importance on the sanctity of not only the country’s official religion, but also that of other faiths, the practice of which is guaranteed by our Federal Constitution.

Equally important, efforts should be made to raise public awareness of the importance of mutual respect and understanding among adherents of the respective religions in the country. The school is a good starting point, among others.

In a multi-ethnic and multi-religious society such as ours, mocking a revered religious figure and his religion is more than just a cardinal sin. It can be lethal in consequence.