As the country faces various challenges due to the Covid pandemic, the Ministry of Higher Education apparently found it necessary (if not convenient) to make a move recently that only made many wonder how it could help solve the problems that public universities face.

This comes at a time when some university students are having problems of internet connectivity, sexual harassment and financial constraints – apart from the unimpressive academic standards among certain universities – which require the ministry’s urgent attention.

Among those who value university autonomy, the action reportedly taken by the ministry to appoint at least 13 Perikatan Nasional politicians to the boards of governors or boards of directors of public universities is perceived to be myopic and regressive.

This signals a reinforced politicisation of higher education, including universities that are still struggling to find their feet, which could lead to further erosion of academic freedom and professionalism.

These politicians have replaced professionals, many of whom are said to be of high calibre, appointed by the previous Pakatan Harapan government, which supposedly tried to strengthen the integrity of institutions of higher learning. This explains why the PH education committee was up in arms against these appointments, calling for a review of the ministerial action.

These appointments are academically and politically significant as they involve the top rung of the university hierarchy that decides on policies and the direction a university takes. The composition of this decision-making body and its collective thinking obviously have deep implications for the university concerned and its public standing.

READ MORE:  Post-colonial universities in the service of autocratic states

Given the political clout that these politicians have, it is conceivable that their narrow political interests or perspectives can have some bearing on a university’s decision-making – no matter how academically qualified they may be.

If past practices are any guide, it is feared that many decisions and policies made at the top of the university hierarchy are not likely to be the outcome of vigorous debates sparked by opposing viewpoints – which ought to be the hallmark of any university worth its salt.

In an environment where a particular worldview dominates discourses at top management, dissenting voices, which are essential, are likely to be drowned out. The people governing a university largely set the tone for the situation on the ground. Discourses on campus are less likely to be vibrant, discouraging or preventing ideas from various viewpoints that would deservedly quench the intellectual thirst of students, academics and other members of the academic community.

It is unsurprising that over time conservatism and narrow-mindedness have seeped in. These thrive under such conditions, which explains why invitations to opposition leaders and critical activists to speak on campus were denied, for example.

Or, events organised by students were cancelled at the 11th hour because individuals who were invited to give a talk or performance did not conform to the narrow mindset of top management. The recent incident where Indian classical dancer Ramli Ibrahim was barred from giving a talk to a campus audience is a case in point.

This partly explains why there are a lot more exciting and intellectually challenging conversations and forums outside the campuses that are organised by independent think tanks and civil society organisations.

Political expediency can be a boon to the powers that be, but unfortunately it is employed at the expense of academic freedom and progress of students and academics. – The Malaysian Insight 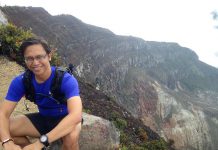