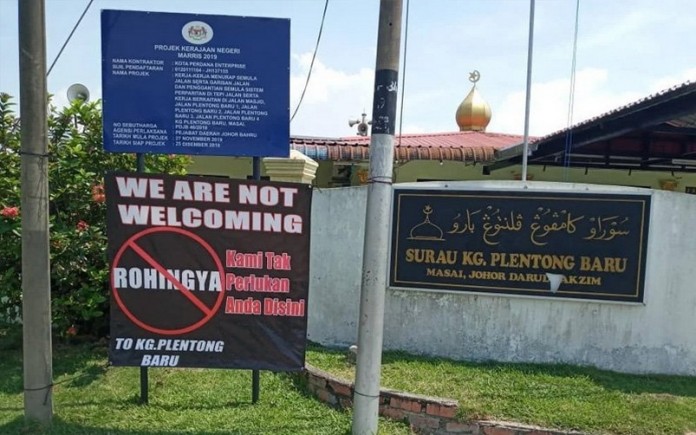 Marginalising foreigners in prayers may not be seen as an act in good faith, Mustafa K Anuar writes.

Prayer is a universal essential that sustains the God-fearing, irrespective of ethnicity, gender, age and nationality.

It is of paramount importance at a time when humans face crisis in their lives and, in turn, seek help and guidance from the Almighty.

In Islam, prayer is obligatory, which is why it sounds jarring when the recent ruling states that Muslim foreigners are disallowed from taking part in congregational prayers, including Friday prayers, at our mosques and surau.

This directive is made at a time when the movement control order has been eased.

Such overt discrimination flies in the face of the very concept of the Muslim ummah that does not distinguish peoples according to their ethnic backgrounds and nationalities. Islam proscribes tribalism.

The directive has an alienating effect on foreigners, particularly migrant workers who have become part of our social fabric for many years. Is there a first among equals in faith by way of nationality?

To be sure, the concern for the health and welfare of Malaysians by the government is well appreciated, given the positive cases of Covid-19 among foreigners. This strategy is understandably meant to break the chain of lethal infection.

However, this discriminatory measure presumes culpability of all foreigners, which is unfair and at the same time violates the spirit of brotherhood that is highly valued in Islam.

It promotes unnecessary suspicion, if not hatred, among the faithful.

Let us be mindful that the menacing virus does not favour any ethnicity nor social status.

The standard operating procedures that houses of worship are expected to adhere to should see to it that those suspected of having certain symptoms should not be allowed in, no matter who they are, so as to isolate them from the rest.

This explains why, for instance, the Malaysian Consultative Council for Islamic Organisations (Mapim) has expressed its displeasure when an anti-Rohingya sign was placed recently outside the Kampung Plentong Baru mosque in Johor Baru.

The group argued that the ban would strain the brotherhood of co-religionists.

Such explicit xenophobic sentiments are disturbing given that the Rohingya community has been on the receiving end of toxic hate ever since the country’s borders were closed to protect Malaysia against imported Covid-19 cases.

The Perlis Islamic Religious Department, on the other hand, allows foreigners to pray in mosques, but only those with permanent residency. There is still a distinction here.

Similarly, non-Muslims are also concerned about such control, which they consider discriminatory.

While the government’s decision on this matter is understood and respected by the Malaysian Consultative Council of Buddhism, Christianity, Hinduism, Sikhism, and Taoism (MCCBCHST), the group said foreigners who have legal documents and tested negative for Covid-19 should be allowed entry into houses of worship.

The interfaith group said foreigners who want to say their prayers should not face discrimination but be assisted instead.

Marginalising foreigners in prayers may not be clearly seen as an act in good faith.

No one is born xenophobic; so how did we come to this?

I’m an American living in Malaysia the past 8+ years. I have a Malaysian wife and son—both citizens and Malays. The fact that I am banned from performing any solat in a masjid here in Negeri Sembilan is shocking to me. I have received much discrimination in my years here for not being Malay—and now this emotional blow. I could fly to the US today—an anti-Islamic nation—and pray in any masjid without restriction other than for health and safety; but here in this land controlled by Muslims I am forbidden! Eight years ago I viewed my move to Malaysia as a hijrah, so I can never return to America—but in a sense I’m a prisoner here now because I cannot fulfill basic Islamic duties. I’m a muhajir; where are the ansar?