If some Asean member states remain resistant to accepting Timor-Leste in its fold, then the regional grouping owes an explanation to the young nation, Khoo Ying Hooi writes.

Eight years after its membership application, Timor-Leste remains stuck in limbo. That says more about Asean than about Dili.

More than eight years have gone by since Timor-Leste’s formal membership application to Asean on 4 March 2011.

In 2017, I wrote about this topic, with the title “Unlocking Timor-Leste’s Road to Asean.” Time has proven that the road is not just long and narrow but bumpy as well. Each time when Timor-Leste’s admission chance seemed to be bright, it did not work out.

Spirits were high during Asean’s 50th anniversary in 2017, as many were hoping that the Philippines would use its chairmanship to accelerate Timor-Leste’s formal membership to the regional bloc under the theme, “Partnering for Change, Engaging the World”. That did not happen. Today, we find ourselves in a similarly unpromising situation.

The 34th Asean Summit in Bangkok was officially concluded on 23 June 2019. In the chairman’s statement, Timor-Leste’s membership bid is mentioned in item 15:

“We were pleased to note the progress made on the consideration of Timor-Leste’s application for ASEAN Membership, with all three Pillars preparing for their respective fact-finding missions to Timor-Leste, and look forward to the outcomes of the aforementioned missions. We also reiterated our readiness to provide capacity-building assistance to Timor-Leste.”

Similar statements have been repeated in the past years. Where is this leading? What will it takes to finally admit Timor-Leste into Asean?

We need to recognise that despite all the challenges in striking a balance between democracy and development in one of the poorest countries in the world as a post-conflict small state, Timor-Leste has shown its full commitment to Asean. It has carried out all the requirements set by Asean in line with its Charter.

Those who criticised Timor-Leste on the measures taken miss the point that, for a relatively young country (just 17 years old in 2019), this was not a simple political matter but an existential issue for Dili’s regional and international standing. Timor-Leste has been relentlessly seeking to lobby for its admission to Asean, in the face of numerous requirements being set by the grouping. To that end, Timor Leste deserves commendation.

In 2005, Timor-Leste became a member of the Asean Regional Forum (ARF) and in 2007 it signed the Asean Treaty on Amity and Cooperation. Since then, it has sent many officials to attend all ARF events and has hosted three ARF workshops in 2011, 2017 and this year, on 24-26 April, that brought together more than 100 participants from the ARF participating countries.

As outlined in its Strategic Development Plan 2011-2030, Timor-Leste’s aspiration to join Asean is based on geographical location, the wishes of the country’s leaders and people, and its cultural affinity with its neighbours.

This year, Timor Leste has accelerated its commitment to Asean through numerous efforts under the leadership of its Ministry of Foreign Affairs and Cooperation. In Dili itself, the Timor-Leste Asean mobilisation programme was launched in March this year. The programme document links the Timor-Leste government’s laws and programs to the Asean Community Blueprint 2025 consolidated action plan.

Timor-Leste also embarked on an Asean tour Tour led by the Foreign Affairs and Cooperation minister Dionisio da Costa Babo Soares. The tour began with a visit to the Asean secretariat in Jakarta to meet with Secretary General Lim Jock Hoi.

Timor Leste recently sent their largest-ever delegation of 20 officials to participate in a technical study-visit to the Asean secretariat in Jakarta on 22-24 July. This is expected to be the final major lobbying exercise before the upcoming Asean fact-finding mission. The study-visit came after Soares made his trip to all 10 Asean member countries to seek support for Timor-Leste’s admission to Asean.

In each of these 10 countries, the Timor-Leste delegation was greeted with tremendous support and it has received exceptionally strong statements of support at the highest level of regional leadership, including from each country.

And yet, at this juncture, eight years has elapsed along with numerous studies, but its membership is still undecided.

Where is regional solidarity?

As the fundamentals of the post-Cold War order are changing, the contemporary regional context provides strong motives for a closer alliance in the South East Asia region. Increasingly, we witness a wide range of transboundary issues that are alarming in the region, such as concerns related to trade, the environment, irregular migration and security matters. In these challenging times, Timor-Leste – being geographically in the South East Asia region – shares common concerns with Asean.

Regional integration will bring substantial benefits not only to Timor-Leste but also to Asean, ranging from the economic sphere to social and cultural links, extending this to the peace and stability of the entire region. Without a structured relationship, the relationship is potentially on the rocks.

To that end, Asean leaders should return to the spirit of the Asean Charter. One must not forget that Timor-Leste has had and continues to deal with challenges. Under normal circumstances, any one of these is enough to shake a country’s position. However, Timor-Leste persisted. Now, all that it asks for is regional solidarity.

Opponents have continued to cite the huge development gap as the main justification to delay Timor-Leste’s Asean entry, as well as the human resources deficit and financial constraints.

I do not ignore the fact that there remain doubts. Although Timor-Leste has been part of ARF since 2005, it remains an unknown country to many Asean citizens.

On the other hand, the South East Asian discourse is limited within Timor-Leste itself and this imposes a huge challenge. Upon his arrival in Dili from the first part of his Asean tour, Soares launched a TV programme called “Asean News” to bring Asean closer to Timor-Leste through news and information. But more needs to be done by Timor-Leste to raise awareness among the people of how Asean admission can affect them.

However, this independence only lasted for nine days before it was invaded by the Indonesian military. This occupation lasted 24 years until 1999, during which about a third of the population died from various forms of abuses such as execution, starvation, or disease.

Timor-Leste’s path to independence was protracted and many did not expect self-determination to succeed. Its success was due to a unique combination of resistance forces: the armed wing in the jungle, the diplomatic front and the clandestine front of civilians within the country, particularly young people. The 1999 UN-sponsored independence referendum on 30 August 1999 witnessed almost 80% of the population voting to leave Indonesia.

This result, however, led to widespread violence from the pro-Indonesian groups that later, required the intervention of UN peacekeepers. It was reported that hundreds of people were killed. The violence also destroyed 70% of the buildings and physical infrastructure in the country and displaced almost two-thirds of the population – an issue still unresolved today.

Finally on 20 May 2002, Timor-Leste achieved its full restoration of independence.

Why do I introduce this long history? Because Asean citizens should know that Timor-Leste has long suffered, yet it has reached where it is today. Truth be told, the real roadblock cannot be fixed by Timor-Leste. Unless and until all Asean members feel the country is ready, there is no chance its admission can be successful.

In his speech at the Timor-Leste-Singapore Business Forum recently, Soares said, “We are a country that belongs to this region.” The significance of Timor-Leste’s Asean bid goes beyond economic and security benefits; it is also a journey of identity formation.

The admission of Timor-Leste to Asean would not only signify the country’s position in the regional and global order, but it would also help to secure the small young state’s identity by distinguishing its political and cultural differences from its powerful neighbours.

Asean celebrated the 52nd anniversary of Asean Day on 8 August.

Since Timor-Leste’s application in 2011, it has taken great strides in ensuring that it is ready to become Asean’s 11th member state. The decision lies in Asean’s hands and if some member states remain resistant to accepting Timor-Leste, Asean as a regional bloc owes an explanation to Timor-Leste.

I would like to acknowledge local civil society actors who shared their valuable insights on this topic. 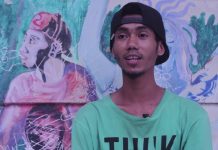 Standing in solidarity to save Arte Moris in Timor-Leste

Twists and turns of coalition politics in Timor-Leste and Malaysia