Transparency and accountability are highly valued in a democracy, especially when the country is facing challenges brought on by the Covid-19 pandemic.

In other words, a lack of truth or inaccurate information could make it hard to formulate an effective response to the health menace, while eroding public confidence at the same time.

What happened recently at the Tengku Ampuan Rahimah Hospital (HTAR) in Klang, which has been besieged by an immense number of Covid patients, is illustrative of this.

It was reported that a memorandum was issued to the department heads of the hospital, saying that disciplinary action, including dismissal, would be taken if any staff member – who is a civil servant – is found making public statements without authorisation.

This came about in the wake of photos and videos posted on social media by healthcare workers that revealed the hospital’s deteriorating condition. A similar situation prevails in other hospitals in the Klang Valley, with many struggling to cope with the mounting cases of Covid patients.

In the age of the internet and smartphones, such photos and videos could also have been taken and shared on social media by hospital patients and family members. In other words, you cannot completely conceal some harsh realities.

In an anonymous online survey conducted by Projek Wawasan Rakyat and Angkatan Belia Islam Malaysia last January, frontline health workers in the Klang Valley and elsewhere claimed they were understaffed, overworked and underpaid and that they worked in overcrowded hospitals, which consequently compromised patient care.

If the allegations by these healthcare workers in the survey are true about the attitude and action of the higher authorities in the public healthcare system, then the supposed disconnect of the latter from the realities on the ground is worrying.

The workers claimed the higher authorities disregarded their queries and requests for help and applied blanket rules on everything. As a result, they had to work with a lack of equipment, facilities and constant overcrowding.

It, therefore, appears that the posting of those photos and videos on social media was a logical outcome of the frustration and despair that had engulfed the fatigued healthcare workers.

Equally important, the exposure compelled the prime minister to take notice so that much-needed assistance finally arrived, particularly in the case of HTAR.

Hence, the efforts of the healthcare workers to bring to light the questionable conditions in hospitals should not be slammed outright.

Similarly, the medical officers who highlighted the plight of contract doctors through the so-called Code Black campaign should not be penalised – for, they collectively seek job security and career advancement on behalf of the contract doctors, who have worked tirelessly to care for Covid patients and others with different ailments.

Besides, the issue of contract doctors not getting a fair deal is an old and well-known problem. These doctors, who have a deep commitment to their noble profession, should rightfully be given permanent placement in the public healthcare system, known to be understaffed. Ignoring their grievances can be demotivating.

In another case, it is also disturbing to note that the Ministry of Health had reportedly not provided sufficient information about people who died of a Covid infection.

Galen Centre for Health and Social Policy CEO Azrul Mohd Khalib said recently the ministry had chosen to omit crucial information, particularly regarding the ages and prior medical conditions of the deceased. Such an omission, he added, would hinder a better understanding of the pandemic, especially when more young people are affected. It would also complicate the crafting of effective disease management strategies and policies.

Incidentally, calling out, say, a minister who has clearly said something wrong should not be treated as a criminal act. In fact, members of the public owe it to the community to correct inaccurate information given by government officials.

It is also good for the minister in that it may stop him from making a fool of himself yet again in the future, though it may deprive the people of the entertainment that their faux pax generally provides. – The Malaysian Insight 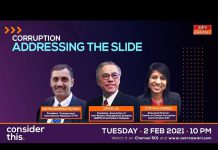 For real transparency, let everyone know: Virucides kill viruses!
They are available, safe & effective against this Virus
The earlier they are used, the lesser the viral load
https://youtu.be/wSqT6vHTMzg?t=68

Just as soap clear the virus from our hands, so too do Virucides work in our nose, mouth & throat

As a Council for Inclusive Capitalism Steward, The Software Suite & its consortium are committed to actions for long-term value creation for all stakeholders which is crucial to the success of our mission to build economies that are more inclusive, sustainable & trusted.

As a member of Aliran, I seek the same.