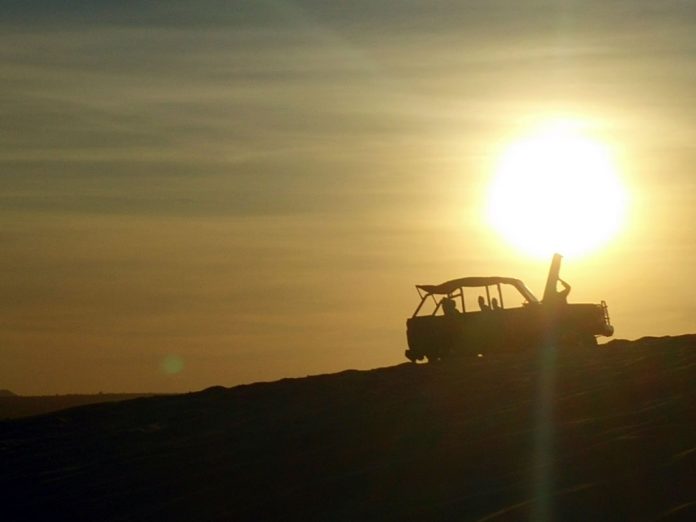 The congestion on the roads in Malaysia did not happen by accident.

It is not an inevitable product of aggressive economic growth in the 1980s and 1990s. It definitely isn’t a sign of a ‘developed nation’ either. So what is it really? In short, it is a product of a series of short-sighted decisions.

The year 1982 marked the launch of the ‘national car’ project by the Malaysian government. Essentially, the project encouraged citizens to buy the ‘national car’ Proton in the spirit of patriotism. More than anything, it narrowed the people’s perception of the possible modes of travelling to solely one option: private car ownership. This posed a serious problem that is still relevant today.

Gurmit Singh KS, founder and former president of the Environmental Protection Society, Malaysia (EPSM) was among the first few to see the problem. In his book Memoirs of a Malaysian Eco-Activist, he wrote:

Our organisation (EPSM) considered the local production of cars to be an unnecessary and unwanted solution to the public’s transport woes. The increase in the number of cars on the road would inevitably cause an increase in air pollution and traffic. Furthermore, the National Car Project would shift government funding from public transport to the production of private cars.. the worst criticism is that it set Malaysia on a course of car-oriented planning which resulted in the massive traffic jams we are now experiencing.

Gurmit could have have taken up fortune-telling as a part-time job. Because that is precisely what’s happening now.

But we are still surprised

At this point, it is hard to tell which is more pathetic: the neglect of the public transport system in favour of private car ownership, which causes congestion – or Proton ultimately proving to be financially unstable with net losses widening to as high as RM479m as at 31 March 2017.

Perhaps the worst damage done is to our young adults’ understanding of car ownership. The pursuit of cars beyond what they can afford has cost them gravely – as many as 21,191 cases of bankruptcy due to unpaid car loans have been filed from 2013 to February 2017.

The congested roads in our country often result in an intense driving experience. Violence on the road violence is really just a time bomb waiting to explode. Research by the Malaysian Institute of Road Safety in 2014 classified 18% of 13.3m registered drivers in our country as ‘high-anger’ drivers.

Researh in 2014 research conducted by the University of Michigan’s Transportation Research Institute using 2008 World Health Organisation (WHO) data yielded a similarly depressing result. Malaysia is listed as the 17th most dangerous country for drivers among 193 countries.

To ease the dire conditions on the road – or putting it bluntly, to fix the mistake of our past – Malaysian politicians have tossed billions of ringgit into building our public transport system in recent years.

Oh, I wonder how that worked out…

Today, Malaysia offers trains, monorail and light rail transit for travel within Kuala Lumpur; KLIA Express, which travels between KLIA1 and KLIA2; and KTM, which covers most major cities in Peninsula Malaysia and even across borders to Thailand and Singapore.

But ridership for all public transport (except KLIA Express) was never all that high and had actually declined from 2014 to 2016, according to a report by the Ministry of Transport.
The main incentives for taking public transport in most places would be its relatively lower fare and the convenience it provides.

But shockingly neither is the case in Malaysia. Take a return trip from Puchong to Sunway, for example. From what I’ve read, a rider may spend RM18 for an hour’s travel in the Sunway BRT. But driving could cost about the same in money and time, if not less.

It is little wonder why our public transport system in unable to relieve the notorious traffic conditions in Malaysia. This dire situation is highlighted as recent as October 2017.

So what does your vote say?

To make a meaningful impact, we have to integrate the demand for better public transit system into part of a larger movement. The fact is, highly congested roads are is not only pushing people to the edge, they are taking its toll on environmental sustainability as well.

Quick recap: Global warming occurs when carbon dioxide and other greenhouse gases (GHG) are collected in the atmosphere and trap heat from sunlight and solar radiation. How long do they last? Centuries.

This is where the Paris Agreement comes in as a power tool. We should demand a better public transport system by asking the Malaysia government to honour its pledge.

The logic is simple. Transport entities must upgrade their service if the majority of people demand it. The ruling government will have to introduce regulations to make sure that happens (or risk losing votes). In return, citizens have the option to use public transport and avoid traffic congestion. That is the beauty of it: having alternative options and the freedom to choose.

The best part? Exhaust fumes from vehicles could fall dramatically, and we we would all enjoy living in a better environment.

“A developed country is not a place where the poor have cars. It’s where the rich use public transport.” – Enrique Penalosa, former mayor of Bogotá, Colombia.

We have transport minister who does not know and have no power and authority to decide on national transportation policy and system ….

C’mon Pakatan! Show us your public transit master plan if elected. I’m not impressed when some Pakatan MPs are more interested in criticising the MRT and other public transit facilities for being too expensive. I want to know how you will do a better job than the BN in providing us with an affordable, comprehensive, integrated public transit system.

How about a monorail or bus rapid transit system which connects from the Kelana LRT line to a station in each section within Petaling Jaya?