The Association for Community and Dialogue, an Ipoh-based NGO, welcomes the effort by the Ipoh City Council in tracking down hard-pressed residents to deliver much-needed assistance to them as they have suddenly fallen into the ‘poor’ category as a result of the Covid-19 pandemic and the implementation of the movement control orders.

Ipoh Mayor Rumaizi Baharin said the city council was focusing on this group after detecting an increase in families whose incomes had been affected due to the loss of jobs and businesses, which were not allowed to operate at this time.

While he did not disclose the number of people who had fallen into sudden poverty, he believes there are many living in the city centre, based on reports he received.

This brings about the fundamental question of how our cities operate where we are still very much behind in terms of volumes and management of data that could help to track poverty proactively and efficiently without depending on an age-old type of reporting.

A smart city uses ICT to improve operational efficiency, share information with the public and provide better quality of government service and citizens’ welfare. There are confident and progressive city plans. People are able to live and work within the city, using its resources.

Currently, in the context of the Covid pandemic, we see encouraging signs of Malaysians adhering to the concepts of smart cities: we see city councils, corporate entities and ordinary people working in concert to help the urban poor. Such collaboration should be encouraged, cemented and made into the culture of Malaysian cities.

If these could turn into smart city online platforms, it is possible to create various projects to benefit all communities.

We can see such platforms at Amsterdam Smart city, where online platforms are used as a sort of marketplace, where the idea and project initiators can be matched with potential implementers. It consists of company start-ups, government agencies, universities or private citizens.

According to the book Living Digital 2040, digital technologies have made possible new interactions and connections across the city and around the world. Living digital means we can go beyond the physical to also focus on interactions and explore new regional and global possibilities.

Interactions among communities in the city require a vast amount of data, where its use would not merely be about what a government can do for its people, but what people can do for their cities through innovative solutions to make cities sustainable while meeting the social needs of the community.

These could result in creating high standards of work, education and healthcare that would propel the growth of cities. We need great city visionaries to build smart cities that are able to cater to the most vulnerable citizens efficiently and where data can play a crucial part in addressing poverty. – New Straits Times 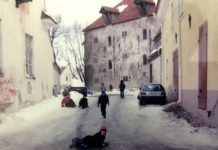 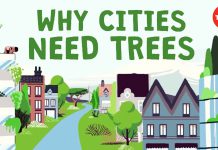 What happens if you cut down all of a city’s trees?

Should cities expand into the sea?