Every few weeks, we see a brief mention in the media about a small group of farmers being evicted from the government land that they had been tilling for years, sometimes for generations.

And most of us shrug it off. “Poor fellows, but that’s how the world is,” we might think to ourselves. We then continue with our usual activities.

But is this the right attitude? Should we not be more concerned about the source of food for future generations?

Currently, about 80% of the vegetables produced in Malaysia are cultivated on government land by small farmers. Some of them, like the eight farmers in Kuala Kuang, Perak who are currently facing eviction, are tilling farms pioneered by their parents or grandparents since before independence.

Other market gardeners are occupying former tin mining land which they have rehabilitated. They do not have titles to the land they are tilling though several of them have applied.

But they have a wealth of experience in managing their small farms, and they ensure a regular supply of fresh vegetables and fruit to our local markets.

This community of market gardeners are at risk of eviction. Much of the land they are cultivating has been alienated to state-level government-linked companies.

In the case of these eight farmers, the Perak State Development Corp (PKNP) – with the menteri besar as the chair of the board of directors – was given 1,000 acres of prime farming land occupied by close to 300 farmers, including the eight.

READ MORE:  'Our Revolution Begins With Food' by Vandana Shiva

We are helping the farmers resist summary eviction and with a bit of luck we will succeed, but that will be only a temporary respite. If the developer files a proper application in court, they will eventually obtain a court order to evict the farmers.

This is not the fault of our judges. The weakness is in the National Land Code, which gives too much weight to the possessor of the land title and too little to the prior occupants of that land.

The problem with land alienation and the awarding of logging concessions in Malaysia is that it is influenced much more by the short-term interests of the menteri besar than by the long-term requirements of the people of that state.

If so, longer-term considerations such as food security and the preservation of biodiversity and water catchment areas are not given the importance they deserve, and many bad decisions are made.

The Socialist Party of Malaysia (PSM) and a group of farming communities in Perak recently launched a campaign to protect food farmers. We are asking the state government to identify the market gardeners tilling state land and designate all these areas as permanent food producing agricultural land.

We want the state to enter into long-term (10-20-year) lease agreements with the vegetable farmers so that they have confidence in tenure and can invest in upgrading their farms.

The lease agreement should stipulate that if any farmer is not interested in continuing with farming, he or she would have to surrender the land back to the government, which can then lease it out to another person who is prepared to produce food crops.

The campaign also calls for the setting up of a state-level committee that can vet and, if necessary, veto land alienation and logging licence decisions made by the MB.

Unfortunately, many in the corridors of power would like the present system to continue. It is an important source of funds for them.

The campaign to ensure a more enlightened policy regarding land use will only succeed if it gets strong support from the public. Could you play a part in popularising this campaign? 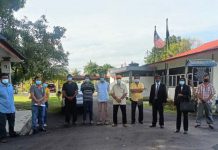 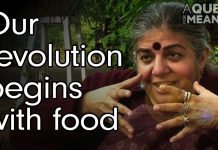