My brother Salleh and I are as different as night and day. At 5 feet 11 inches, he is tall for a Malay, with the rugged sexy looks of a Mick Jagger.

In contrast, I am no Malay beauty, and I am also so short that Salleh once teased I must have stopped growing at the age of four.

We have different temperaments. And we pursued totally different career paths. He found his calling in poetry; I found a career in law.

A poet first and foremost, Salleh was also a columnist and essayist, writing the popular column As I Please for the literary page of Malaysia’s major newspaper the New Straits Times in the 1990s.

More than anyone else, Salleh contributed to the rapid success of the [literary] page. Readers recognised immediately his wit, ironic humour, biting criticism, the rare capacity to entertain and verbal vigour. Here was a man who had much to say and he said it in a style that made his words bring to the reader his very presence. But if it were only a matter of style, however provocative and highly entertaining As I Please was, it would, of course, have turned out to be of passing interest. What it was about would by now be passé, eight years down the road into a new century. But the many things Salleh had to say were then, and still are, important and relevant.

Salleh lives and breathes words, while I simply use them to make a living. So while I enjoyed his columns, back then I couldn’t say the same about his poetry.

But all that changed recently after I reread a couple of his old columns that helped me rediscover the beauty of pantuns.**

Rediscovering the beauty of pantuns

The first column, titled “Brother Henri, honorary Malay”, was on the French writer, Henri Fauconnier, whose semi-autobiographical book The Soul of Malaya, is interspersed with pantuns and Malay proverbs.

Salleh considers the book to be the best book ever written by a European about the Malays – their psyche and sensibility.

He notes in particular how Rolain, Fauconnier’s main character in the novel, ruminates on the nature of the Malays, the uniqueness of the Malay language, and the aesthetics of the pantun form.

I had already read the book some years before, but picked it up again to see what Salleh was talking about.

Growing up as a kampong girl myself, I was familiar with popular pantuns, but in Fauconnier’s book I found unfamiliar and at times naughty pantuns that drew a smile to my face.

READ MORE:  Plight Of The Palestinians

In another column, “Salacious pleasures of Pantuns”, Salleh argues if people read a pantun properly, sensitive to the semantic and cultural resonance of key words, they would see more than the surface evocation.

For these reasons, pantuns were much beloved by the late renowned translator, poet and scholar Burton Raffel. Unfortunately, as Raffel notes in The Art of Translating Poetry, the pantun is a kind of poetic form that “has not travelled well”.

Due to the nature and the uniqueness of the Malay language, pantuns are not easy to translate.  When translating a pantun, in Raffel’s view, it is difficult for a translator to capture “the true thrill of the form’s careful, subtle variations”. Raffel seems to say the job is almost impossible, even if the translator is himself a poet with a mastery of both languages.

Yet, I think Salleh has done a pretty good job at meeting this challenge. Consider two translations of the opening lines of this classic pantun:

In Fauconnier’s book, we are given a literal translation.

Rhododendrons on a rock

However, could my heart keep still

Seeing her breasts move beneath her frock?

To retain the thrill of the original, Salleh translates this classic as follows:

Plant the padi with a thrust

Stroke the seedlings with dew

It drives you crazy with lust

To see the tits tilting the baju (blouse)

Salleh’s translation of the first two lines is a very free rendering of the original.

Readers who appreciate the fluidity of Salleh’s translation would forgive him for taking liberty with the translation so that the thrill and beauty of the original language can be retained.

I had so much fun reading this classic pantun after discovering it in Fauconnier’s book, especially when reading it aloud to my sisters – who have become increasingly religious in recent years.

But beyond fun, Salleh argues pantuns are a way of understanding the Malay sensibility:

The central word for the pantun, hati (literally liver, but the English equivalent here would be heart), is also the key word in Malay folk physiology. The liver to the Malays is traditionally the seat of the passions. (This was also the case in ancient English belief: you can find it surviving in Shakespeare’s plays and poems.) The hati, the organ that conceals the secret of the Malay as a creature of feelings and passions, is vital to any attempt to understand the race. If you want to know what the hati is to the Malay, soak yourself in the pantuns.

Salleh’s use of the pantun form

Salleh also writes poetry in pantun form himself. Many of his pantuns are witty and playful. But they can be serious at the same time – noting unpleasant truths about his race and country. There’s a “courageous seriousness”, according to Margaret Drabble in her introduction to the first collection of Salleh’s columns, As I Please, “beneath the wit and the invective of Salleh’s writings”.

Below is Salleh’s poem in pantun form inspired by the Anwar Ibrahim imbroglio of 1998, which appears in his book Adam’s Dream:

What makes the parrot a very queer bird?

Its talent to mimic and its hooked bill.

What makes the shrill patriot a cringing turd?

Because he has the brain of a mandrill.

Why does the katak love its tempurung?

It’s so cosy and good for inbreeding.

Why do we always confuse right and wrong?

Because of our refined Malay upbringing.

Why do pigs really love to wallow in s***?

Because they are pigs and true to their kind.

Why do we swallow whole those affidavits?

Cause we have an ape’s mouth and a mouse’s mind.

Why do the gullible value snake vomit?

Because old superstition taught them to.

Our Anwar as seditious sodomite?

When is a cabinet very valuable?

When you have bits of skeletons to hide.

When does a DPM become dispensable?

When the PM says he is a Jekyll-and-Hyde.

Why do snakes love so much to slither in slime?

Because that is where they get their best feed.

“Ministers get sucked” all the bloody time?

What a revealing typo that was indeed.

Why are all the sawah full of tikus?

Because the harvest’s such a miracle.

Thanks to our media that’s so farcical.

Many of Salleh’s pantuns are expressions of love – for his wife Halimaton, his children and friends.

It is not my place to comment on his contribution to Malaysian literature, but I am curious what lovers of language and poetry think about his musings on pantuns.

And, if, like me, you had no education in poetry nor any natural talent for it, this Malay form may be the perfect starting point for gaining a better appreciation of poetry – and Malay culture.

After a decade in a foreign land, my brother came back to Malaysia anxious to recover his lost cultural self.

Being a man of words, he naturally attempted to repossess his mother tongue and began to write prose and poetry in Malay, making innovations in the art of pantun along the way.

Some claim my brother’s work is too Westernised – to the extent that he has betrayed his race and religion, and lost his Malayness.

In some ways, Salleh is quite Westernised – he acknowledges this. But he is still very much Malay and so terribly proud of it. In his column “The (Malay) Malaysian Writer’s Dilemma”, he writes:

I am aware that I am in some ways quite Westernised, and I am not embarrassed by it. In fact, there are elements in my Westernisation that I am quite happy about, which I’d like to believe have made me a better human being and hopefully a better writer. But I also feel I am still, in some things, incorrigibly Malay. And I don’t regret that either. In fact, there are things about ‘Malayness’ (not to be confused with ‘Bumiputraness’) and in the cultural heritage of my race that I am terribly proud of. That’s why I like Lin Yutang’s unusual definition of patriotism (or eating, it doesn’t really matter which) as love for the good things one ate in one’s childhood. I am quite certain that these things, in my case sambal belacan (Malay delicacy) and cencalok (Malay delicacy), both literal and metaphorical, inform my writing, especially the poetry. Directly or indirectly, they give much of whatever energy my writing can claim to have.

My brother was also “incorrigibly” Malay as far as the pantun is concerned. In their simplicity and directness, pantuns are indeed beautiful and elegant. Through his artful and skilful translation, my brother enables native and non-native speakers of Malay, poets and non-poets, to truly appreciate the aesthetics and the beauty of classical pantuns.

In writing his own pantuns, making innovations along the way, he uses the form to speak on weighty matters with lightness no one else could. Either way, my brother made the art of pantun not only travel well, but travel further.

** The pantun is a classical Malay poetry form with four-line verses, usually with the rhyming scheme of a-b-a-b. The first two lines are linked in some way to the second two. As long as the form is followed, a pantun can be on anything, from an irony of fate to words of advice to an expression of love.

Alima Joned is a lawyer in private practice in Washington, DC 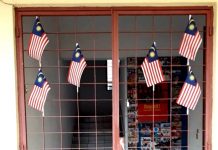 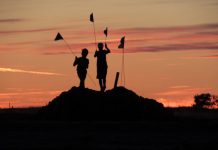