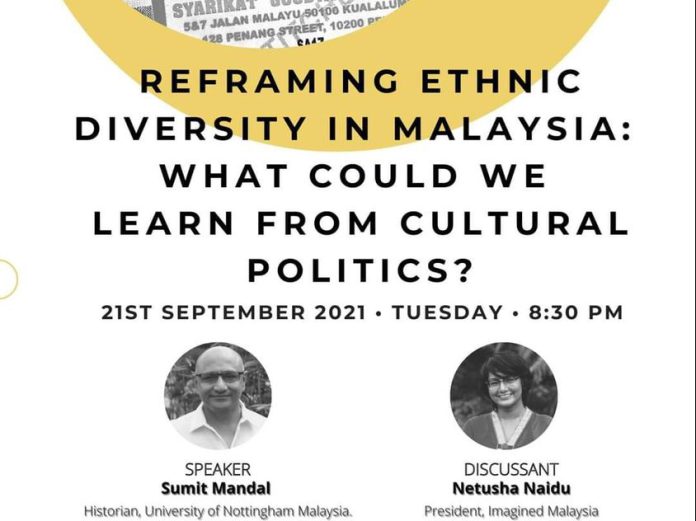 Malaysia is often understood as a country that is deeply divided along ethnic lines.

This webinar examines cases studies in the politics of language, music, education and history in Peninsular Malaysia from 1996 until 2021. From the perspective of the ruling politics, this period has seen successive programmes aimed at forging perpaduan negara (national unity), from Bangsa Malaysia (Malaysian Nation) to Keluarga Malaysia (Malaysian Family).

These programmes have been premised on an understanding of Malaysia as a divided society that requires unification through state intervention. At the same time, the ruling politics has played no small part in reinforcing divisions along ethnic and religious lines.

This webinar turns to how Malaysian society has negotiated the ruling politics by examining particular themes in cultural politics. It asks what can we learn about the nature of ethnic diversity from cultural politics? How does this diversity look in historical perspective? How do we better understand divisions along ethnic lines?

Sumit Mandal is a historian at the University of Nottingham Malaysia. His research and teaching focuses on understanding the transregional connections that constitute the Malay world. His book Becoming Arab: Creole Histories and Modern Identity in the Malay World was published in 2018 by Cambridge University Press.

Netusha Naidu is the president of Imagined Malaysia, an NGO that advocates for better historical literacy, the exploration of alternative Malaysian histories, and locating Malaysian history within a regional Southeast Asian context. She was a Tunku Scholar at the University of Cambridge and graduated with an MPhil in world history.