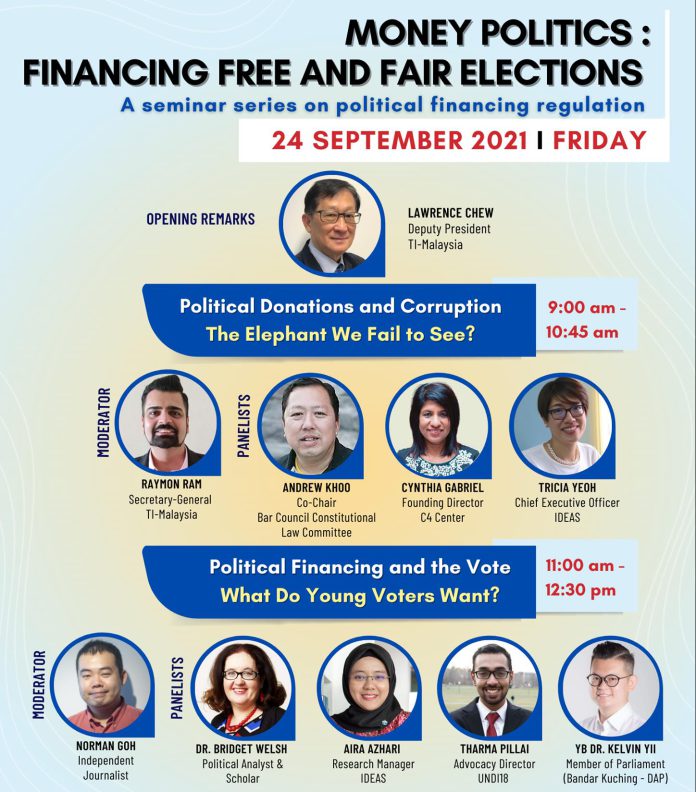 The National Anti-Corruption Plan 2019-2023, introduced by the Pakatan Harapan government, included legislation on political funding as one of its 22 initiatives for tackling corruption.

Led by the Governance, Integrity and Anti-Corruption Centre, an effort was made to gather stakeholder views and put together draft legislation, which was undergoing review in 2019. But the PH government collapsed and national leadership transitioned to the Perikatan Nasional administration.

Grand corruption, state capture and accountability of the nation’s political leaders looms large in the public eye, but the contents of the proposed legislation are unknown to the public.

There is a diversity of reactions to regulation of party funding and political donations across the political spectrum. More groundwork is needed to build consensus on the reforms needed to combat corruption in political financing.

What regulations need to be improved or put to improve the accountability of campaign financing?

This webinar is organised by Transparency International Malaysia.