The Myanmar Ethnic Rohingyas Human Rights Organisation Malaysia (Merhrom) strongly condemns the recent arrest of Daw Aung San Suu Kyi by the military regime. Her house arrest will be extended another five to seven years after a journalist from the United States of America sneaked into her house to interview her.

The military regime failed to take into account her health condition as well as her age when making the arrest. We were looking forward to her release at the end of May 2009. We had hoped that, with the end of her house arrest, it would bring new hope for the people of Burma. But now she has been taken away from us again. We are losing hope for change in our country.

Therefore we urge Asean countries, the United States of America, the European Union and the international community to strongly protest the arrest of Daw Aung San Suu Kyi. Support from the international community is crucial and much needed at this critical time. Any delay in acting will affect her health and risk her live. If this happens, it would lead to a mass riot in Burma.

We urge world leaders to act fast to secure the release of Daw Aung San Suu Kyi as it is an illegal arrest by an illegal government. Please act immediately to save her and the people of Burma. 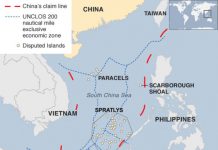