For many Malaysians, the finance minister’s sacking of Prasarana boss Tajuddin Rahman was the logical and appropriate outcome of his unprofessional conduct at a press conference on the shocking head-on train collision on the Kelana Jaya light rail transit line in Kuala Lumpur.

His callous attitude – less generous souls called it uncouth – towards the crash victims called into question his competence and professionalism.

It was equally disturbing to learn that he was arrested after that by the Malaysian Anti-Corruption Commission (MACC) for suspected nepotism in allegedly appointing a relative to a senior position in Prasarana.

The turn of events involving Tajuddin has also put the spotlight on the professional capabilities of the other heads of government-linked companies selected from the Perikatan Nasional’s pool of politicians.

While it is unfair to allow the failings of one person to colour one’s judgement of the competencies and ethics of the other political appointees, the saga brings to the fore the question of the government-linked companies performances under the charge of these heads.

But certain Umno leaders, who waded into this issue of competency and professionalism, went a step further by casting their eyes beyond leaders of the government-linked companies. They also scrutinised certain members of the federal cabinet.

Although the ecosystem and ethos between corporate bodies and the federal cabinet are generally different, competency, transparency and accountability should be the vital principles that govern them.

The Umno leaders argued that to single out the Umno Pasir Salak MP for incompetency is to commit double standards as there are certain ministers – who come from Bersatu – they considered to have underperformed or not performed at all, but no drastic action has been taken against them.

They called on Prime Minister Muhyiddin Yassin to sack the ministers concerned, adding that Muhyiddin should also punish accordingly those ministers and deputy ministers who allegedly had blatantly contravened the standard operating procedures of the movement control order during the pandemic.

Incidentally, one is inclined to ask why focus only on Bersatu ministers when there are other ministers from the other Perikatan Nasional component parties who may also be considered to be underperforming.

The Umno leaders’ insistence on punishing these ministers appears reasonable. However, a deeper look may reveal an unease that is not necessarily based on universally accepted principles, such as professionalism and accountability. It begs the question of whether the Umno cohort would still have wanted these ministers penalised if Tajuddin, one of their own, had not been shown the door.

Furthermore, it seems more a matter of convenience than high principles for Umno leaders such as Najib Razak to insist that Tajuddin resign after the party leadership had decided to pull out from the cabinet and other government business.

Such an approach to professionalism and accountability contrasts with the demands of Bersih 2.0, for instance, regarding corporate entities. Bersih 2.0 had recently called for complete reforms to the appointment process of chairpersons and directors of government-linked companies, government-linked investment companies and all commercially related statutory bodies.

READ MORE:  When was the last time a minister resigned as a matter of principle?

The civil society group recently called for a new law to be instituted to clearly define government-linked companies and to regulate the appointment process of their chairpersons, presidents and directors in line with the concern for transparency, accountability and meritocracy.

Tajuddin’s tale tells us that professionalism, meritocracy and ethics in corporate entities should never play second fiddle to political expediency and interference. – The Malaysian Insight 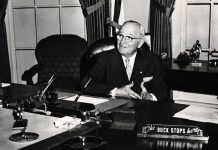 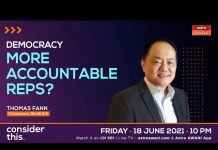