The ‘lost generation’ of schoolchildren have returned to school after a long spell of missed face-to-face classes owing to the pandemic.

It was supposed to be a move that parents and children, as well as teachers had been longing for and to welcome with great relief.

Instead, it was received with much trepidation as well as anger among them because the reopening date was announced by Education Minister Mohd Radzi Md Jidin at the last minute. As a result, it has brought about various kinds of problems and inconveniences to the people concerned.

Taken by surprise, many parents had to rush to the shops to buy necessities, such as school uniforms and stationery.

Other families, especially those who don’t own cars or motorcycles or have the luxury of time, desperately sought the services of school buses, if any. Earlier notice would have enabled idle school bus operators to plan for resumption of services.

Parents who have to ferry their children to schools would have had to make hurried arrangements between spouses and with their respective workplaces.

The recent launching of Didik TV would have led most parents to believe that the home-based teaching and learning programme would be for the long haul until such time it was safe for pupils to return to schools. That is why some parents invested in laptops and other communication devices to enable their children to follow the programme.

Bear in mind that many parents have been financially strapped by the pandemic so that they have had to dip into their savings or borrow money to buy these essential devices for their children’s education. Some parents have been laid off or are now underemployed. The money spent on the devices could have been kept aside for the basic needs of these struggling families or for a rainy day, had they known that schools would be reopened soon.

These are financially vulnerable parents who probably were not listed to receive the 150,000 laptops initially said to be a donation from the government, but which later turned out to be a loan. We can imagine their frustration, disappointment and even indignation due to the haphazard planning of the Ministry of Education. Many parents are already burdened with other issues associated with the pandemic and, thus, this chaotic ministry’s planning is the last thing they would have wanted.

Many teachers are also disillusioned by the ministry’s flip-flop, particularly those who had burned the midnight oil to prepare manuals for the home-based teaching and learning programme. This has now turned out to be an exercise in futility.

Some teachers had insufficient time to prepare for the return of the children to schools, such as ensuring their strict adherence to the standard operating procedure, given the limited resources in certain schools.

Well-conceived planning by the ministry would have allowed for much-needed preparations on the part of parents and teachers. It would have also taken into consideration problems peculiar to parents who are poor and financially unstable. Such planning requires consultation with various stakeholders, including families, community leaders and school bus operators.

It is obvious that operational complications should have been minimised as much as possible.

The Ministry of Education needs to clean up its act. Otherwise, it would be a bad example, even for schoolchildren. – The Malaysian Insight

Schools should be a safe place for children 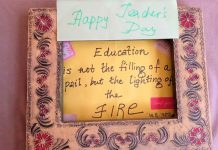