Like many other native people elsewhere the world over, the Orang Asli on the Malaysian peninsula often find themselves at the receiving end of rapid urbanisation and industrial development that is perilous to their ancestral lands, livelihoods and cultures.

Bereft of the wherewithal of the supposedly civilised tribes from the concrete jungle, the aboriginal peoples are helpless or ill-equipped to face the challenges posed by state actors and corporate figures, as well as economic opportunists.

In such a dire context, two lawmakers’ decision to set up a committee to help the Semelai Orang Asli in Bera, Pahang to fight for their ancestral lands, is well placed and appreciated.

The customary native land, which is now earmarked for oil palm cultivation, has been a bone of contention between the Semelai and the Pahang government for over seven years, Bentong MP Wong Tak and Raub MP Tengku Zulpuri Shah Raja Puji said.

They said the tribe has been living on the land, which provides food and other necessities, for hundreds of years – a major factor that prompts these MPs to offer assistance.

But it is crucial to preserve most customary native lands for reasons not only crucial of ancestry and sustenance but also of environmental conservation and protection.

The north Kuala Langat forest reserve in Selangor is a case in point. The planned de-gazetting of this 931ha of forest for ‘development’ has received over 40,000 objections from concerned Malaysians.

This forest has a unique ecosystem, as most of it is peat swamp forest. It is one of the most diverse and richest ecosystems serving humans and nature – which is conducive to the culture of the Temuan tribe of some 2,000 people living in the area.

READ MORE:  What on Earth is ecocide?

To be sure, there are other cases of encroachment into native ancestral land for development in other parts of the country that will harm the environment.

The environmental degradation that is going on in our country should alert us to the importance of treating Mother Nature more kindly because obviously earning her wrath is something we do not wish for.

Look at the rapid rate of deforestation, the polluting of our rivers and seas, the disturbances of catchment areas and the ‘balding’ of our precious hills in the country over the years – all of which threaten the ecology, and water and food security.

In other parts of the world, serious environmental degradation and climate change have made certain governments see the wisdom of establishing cooperation with indigenous peoples to save and manage the environment. Such collaboration is clear recognition and appreciation of the natives’ worldview and knowledge of nature.

For example, the Australian government has asked its aboriginals to apply their knowledge about nature to preserve and protect the ecosystems in designated Indigenous Protected Areas in 2018. This is said to be one of the biggest environmental conservation alliances in the world.

In the Amazon, indigenous peoples are also asked for assistance to preserve the rainforests, which are confronted with the threats of industrial deforestation and climate change.

Given that our Orang Asli and other indigenous communities in the country have served as informal guardians of the environment over the years, our lawmakers may want to take a leaf out of those countries’ books by taking the initiative to engage with the native communities. 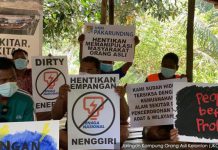 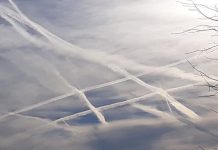 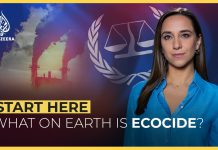 Tq, Mustafa, for broadcastin MP Wong Tack and MP Tengku Zulpuri’s work woth the Orang Asli
Hopefully those MPs in Sabah and Sarawak will also see the light and initiate actions to assist the Orang Asal.
Yes, granted what is happening this is a tall order, but we really donot have that much of a leeway.