As the BN shadow cabinet isn’t working that well, it is time for the people to look at credible opposition parties which are currently outside Parliament and the state assemblies, says WH Cheng.

Ever since the 2018 general election, we saw the most effective opposition coalition Pakatan Harapan (PH) coming into power at the federal level together with a few state governments – which effectively pushed Barisan Nasional (BN) from governing right to the opposition bench.

The present BN opposition, previously under the leadership of the then Umno president, then put in order a group of Umno and MCA members of Parliament to form a shadow cabinet to provide the necessary checks and balances on the current PH government.

To our dismay, however, this so-called BN shadow cabinet has not been working on what they are supposed to be doing. Instead, these BN MPs, particularly those from Umno, continue to raise issues and tensions on matters relating to race and religion.

Worse, some of these BN MPs fail to show their maturity during parliamentary sessions. Trading insults and gender remarks against fellow MPs has been their characteristic since day one. And as a result, Parliament has been seen like a circus whenever this kind of BN MPs are in session.

So, do you all think these BN MPs can become a credible opposition in Parliament to provide effective checks and balance on the PH government? Well, we cannot see that until today. Even if a BN MP is appointed to chair the Public Accounts Committee, would there be any effective practices?

Yes, some BN MPs are serious in wanting to play their roles and work – but sad to say, many of the BN MPs still appear immature in their outlook. They do not appear serious in their parliamentary business. Many of them do not want to carry out research on matters related to governance, reports and statistics in order to debate subjects and topics under their scope (of their shadow cabinet). Instead, some of them choose to be absent during many parliamentary sessions, citing official functions and businesses they need to attend to.

With an ineffective opposition on the bench and no checks and balances available, we cannot see how this PH government will be able to set the entire governing institution and parliamentary system into a proper “Westminster system” – especially when the BN MPs refuse to come together to ensure this system becomes more effective so that real democracy can be seen to be serving the nation.

As the BN shadow cabinet isn’t working that well – simply because their MPs are not interested or maybe they do not know how to become credible opposition MPs – it is time for the people to look for credible opposition parties which are currently outside Parliament and the state assemblies.

From our point of view, there are a few opposition parties with no elected representatives in Parliament or the state assemblies, notably the Socialist Party of Malaysia (PSM), Parti Gerakan Rakyat Malaysia (Gerakan) and Parti Rakyat Malaysia (PRM).

Why pick them as notable examples?

PSM has been in and out of Parliament and the state assembly for some time since 2008 but it had been contesting under the ticket of a more dominant opposition party. But when it decided to go against the tide recently, PSM lost all its seats to PH because it lacked strong support particularly from those in the majority middle class because of its strong focus on the grassroots and lower-income groups.

PSM failure to win any seats in last year’s general election has also been attributed to its failure to look into the importance of policymaking and the need for an alternative policy presentation to the public. Unleashing a third-party manifesto, which PSM promised to undertake, has been ineffective to convince the people to vote for them.

Instead, PSM should focus on long-term policymaking and debates to convince voters of its ability to understand the art of governance and administration, and it could come to terms with becoming a governing party one day. But PSM has been ineffective in such measures.

Being a political party with some support from the grassroots and active in protests, demonstrations and problem-solving is not sufficient to push PSM forward to be wholly accepted by voters to represent them Parliament or state assemblies. Solving problems and protests against recurrent issues repeating are not the way to stop those issues forever. PSM has failed to provide an alternative policy or mechanism that will help put a stop to those failing channels in the event it comes to power one day.

Until now, PSM lacks the political will to focus more energy on establishing a team of shadow spokespersons to oversee the performance of the PH government based on the respective ministry portfolios. Instead, it prefers to carry on with its typical welfare work thus, rendering it to be seen as an ordinary NGO instead of being an effective political party which intends to create a better nation for our people.

As for Gerakan, the party was once been a major ruling party in Penang but has been in decline since it lost power in the 2008 general election following public dissatisfaction over the party’s performance and it being overly subservient to the dominant party, Umno, in the BN coalition.

Since then, Gerakan had been trying to re-invent itself while still under the BN coalition but continually failed to maintain its position: it failed to win any seats in the last two general elections. After it failed in 2018, it announced its pullout from BN, reasoning that it wanted to reinvent and rebrand the party as an effective opposition party with no ties with any other coalition.

Although the party has had almost all its top leaders changed, the conservative ones remain in their respective positions at the state, division and branch levels. So the party has not much impact in being seen as a party led by a “newer generation” of leaders.

Since Gerakan is no more in the BN fold, it ought to have its own public policies in place to distinguish itself from its past association with BN – but this has not been done. Instead Gerakan leaders tend to focus on petty issues and ad hoc matters which do not produce any results or alternative solutions for the people.

Gerakan leaders also failed to take advantage of their previous experience in government by forming a team of shadow spokespersons be it at the federal level or state level to create effective oversight to the present government’s policies and their implementations. They have also failed to highlight alternative public policies to convince the people to support them again in the next general election.

Gerakan leaders have been saying “back to basics” many times since the last general election, but what kind of effect have they had for their party to return to its glory days? The party recently celebrated its “50+1 anniversary”, with a slogan “Revitalise Gerakan, sail anew” – but what is the effectiveness of all these celebrations and slogans?

READ MORE:  Precarious coalitional politics and why we need a shadow cabinet

Gerakan needs to be practical in a sense that it should be carrying out its oversight responsibilities as an independent opposition party today. To get back the votes it had lost, it is not the time to celebrate. Instead Gerakan needs a total reset to confront the new and emerging challenging facing modern Malaysia.

The party leaders are still stuck in their conservative mentality. They were not adequately responding to the hopes and aspirations of a Malaysia that is moving away from its colonial and traditional past.

Lastly, PRM – the party does have an illustrious past, its glory days when it made some inroads in local government elections during the 1960s. But time has rolled on, and the leaders in PRM have changed. One faction in the party decided to merge with Parti Keadilan Nasional to become Parti Keadilan Rakyat, while the other faction chose to remain as PRM and fight on till today.

Disappointingly, PRM today is perceived to have largely stopped working after the general election; it seems that it has now become only a party for elections, instead of a party to serve the people. Unlike PSM, PRM has been rendered largely inactive since all its candidates lost in recent general elections. PRM has capable leaders of the past and present, but they too lack political will to continue their quest to convince the people of the right alternative.

Instead, PRM went into isolation immediately after all their candidates lost. The party has the potential to re-emerge as a brand new independent opposition party if its current leaders were to embrace modernisation, change and reform in the party to strengthen its position – particularly in policymaking, carrying out research and oversight activities.

PRM missed it chance of rebranding prior to the 2018 general election by not formulating a clear public policy for the people’s review. Instead, it appeared to focus on only a “give us a chance” campaign which served no purpose in furthering the party’s cause.

If you want to get people to start voting for you, the simple way is to put in place your public policies, provide effective oversight on government policies and implementation, strengthen your political will and put the country above the party. 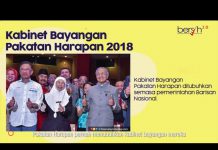