Has local government in Perak changed its vision, mission and operations in line with Malaysia Baru, wonders Ronald Benjamin.

Since Pakatan Harapan took over Perak, one would assume things would change in the way our local government functions.

Unfortunately, there is a feeling among the people that nothing has changed significantly in the modus operandi of how the local government functions in addressing their complaints.

In the democratic system in Malaysia, it seems that authority is concentrated at the top with little oversight on the ground, especially in local government effectiveness in keeping the city clean, the roads safe, the place environmentally friendly and its wet markets in healthy, hygienic conditions.

Travelling daily around Ipoh to work and to take my children to tuition, I find there are big holes and a lot of patched-up roads in Ipoh, especially those leading to the city council office and places like First Garden. These roads create a bumpy ride that could cause accidents and damage the alignment of vehicles.

When I meet friends from Ipoh Garden, the usual complaint is about rubbish that is not collected consistently, trees not trimmed and clogged drains.

They tell me that rubbish from affluent homes is collected diligently while those considered average are ignored. In Taman Lim, where there were previously reported cases of dengue, there are complaints that drains are clogged.

Going to Buntong market every week, I notice it has become filthy, with dogs walking in the market where fish, chicken and vegetables are sold.

Worse, the fishmongers and vegetable sellers themselves have little civic consciousness by allowing such filth within their premises. For example, I saw a fishmonger giving leftovers to dogs in the market.

It obvious that such behaviour is from a lack of oversight and enforcement of standards by local government.

The current poor hygiene standards in the market do not reflect a desire to develop Ipoh as a sustainable and healthy city for its residents and to attract tourists.

From the information from the people, it is clear that those local government functions have not improved in the new Malaysia.

It is thus vital to review and analyse how our local government has functioned since the formation of the new government in May 2018.

Has there been a cultural change in leadership, management and work ethics? Are there bureaucratic constraints that affect the effectiveness of service? Are there too many breaks? Do our local councillors perform to expectations?

It is obvious that since there is no public accountability through local government elections, there seems to be work as usual – where people on the ground do not feel and experience the effectiveness of local governance in a real sense.

The question is has our local government changed its vision, mission and operations in line with Malaysia Baru? If not, why? The Perak government is duty-bound to explain to the rakyat. 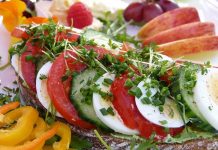 ‘Inside story’ of Penang’s local government

The case for local government elections

There is not going to be any change in Perak or anywhere in Malaysia.
Corruption, Abuse of Power, Greed, Fanaticism, Race base decisions have actually increased now thanks to PH.
All the previous rotten eggs are still in action and the cancer is so wide spread that you will need to sack 60% of civil servants to rebuid the country for Quality & Betterment.
Problem is the 60% could be Bumiputeras. Is PH willing to take action and do it????