Political elites from both sides of the political divide should stop the dualistic politics of destruction and work for the common good, Ronald Benjamin writes.

The nation is going through a third wave of Covid-19.

Our economy has seen the highest contraction compared to our neighbouring countries. The massive 17.1% gross domestic product (GDP) contraction in the second quarter of 2020 has so far made Malaysia the worst-performing economy in Asean.

For Malaysia, the figure is the worst double-digit quarterly contraction since 1998 – or after 22 years – following the unprecedented lockdown imposed to stem the spread of the coronavirus.

In this context of weakened control of the coronavirus and a depressing economic situation, politicians are busy scheming and plotting for power. It seems the November parliamentary sitting would focus on the no-confidence motion against the prime minister, instead of providing a platform where the government and the opposition backbencher could work together by putting aside their political differences and coming up with solutions to curb the rise of Covid-19 and revive the economy.

In the current context of the pandemic, a general election is irrelevant and the constitutional requirement is not absolute. What is needed is spiritual wisdom that is ideologically free to salvage the nation by enhancing its capacity to respond to the complex health and economic crises.

What is plaguing the nation today is not merely a political, economic or social problem but a deep-rooted spiritual illness, where collective ego-centric political entities are scheming through a dualistic black-and-white confrontation when the nation is suffering from a pandemic and economic hardship.

There is an absence of spiritual contemplation among political, economic and religious elites in embracing the nation as a whole, and this has weakened our capacity to respond as a collective nation, where ideas from opposing sides could be synthesised for the common good of the country.

While the nation claims to be religious with the Rukun Negara exhortation of belief in God, such beliefs tend to take an exceptionalist pathway, resulting in a dualistic confrontation rather than a collaborative endeavour to see the good in the others in these trying times.

It is time the nation discovers its spiritual energy, which is found in the contemplative tradition of all religions and work in the spirit of love and compassion, rather than engaging in competition to try to resolve the current twin crises of health and economic contraction.

Political elites from both sides of the political divide should stop the dualistic politics of destruction and work to embrace the good in others that could unleash spiritual solidarity, where cooperation with others takes precedence, rather than plotting and scheming the downfall of the others.

The nation is in dire need of spiritual contemplation. 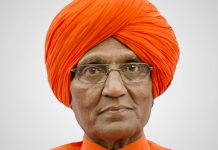