Hopefully, this will be the last time we will hear of such blinkered directives that do gross injustice to the beauty of Islam, writes JD Lovrenciear.

What can patriotic, thinking Malaysians who have coexisted without prejudices make of the Ministry of Education and the Department of Islamic Development Malaysia’s (Jakim’s) dampener over the Ponggal cultural festival, which is observed the world over?

Not only were both the Ministry of Education and Jakim apparently shifting the blame, it had to take the cabinet to clarify and uphold the unifying opportunity inherent in our rich cultural traditions.

This uncalled-for advocacy on how Muslims are to perceive and react to the Ponggal festival is also an insult to those upholding the Islamic faith, which has been winning billions of hearts the world over for its hallmark message of compassion, tolerance and respectful coexistence for humanity.

If we continue to have – or even allow or dismiss lightly – such knee-jerk reactions that sow a sense of apprehension among Malaysian Muslims, it would only be a matter of time before we become a fertile bed for ultra fanatics and power-grabbers to exploit the people’s insecurities.

Bureaucrats and religious scholars should make inter-religious harmony their main goal when deciding such matters. They must remember that Islam was not born in isolation or out of a vacuum. On the contrary, the holy prophet showcased to the world the gift of the Most Merciful – a religion that upholds peaceful coexistence, recognising the multitude of traditions and cultural bearings.

Religious guardians need to be reminded that the long tradition of rulers down the centuries here too have proven that Islam is a great religion and Malay Muslims remain fervent to the teachings through the centuries despite the coming of colonial masters.

So stop treating Malaysian Muslims like unthinking, uncaring people who will abandon their faith because of cross-cultural appreciation and their partaking in the many traditions that have in reality brought us Malaysians closer together with utmost respect for our differing faiths.

Hopefully, this will be the last time we will hear of such blinkered directives that do gross injustice to the beauty of Islam. 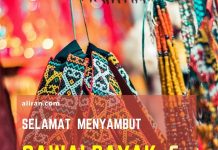