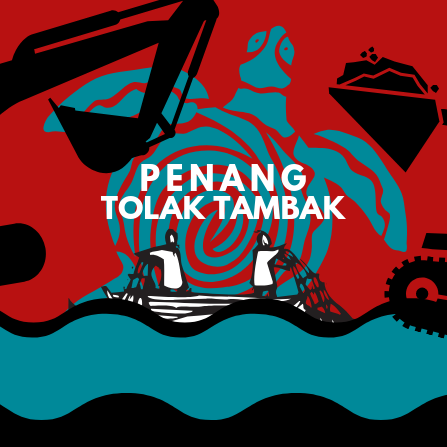 ON 27 May, 10 DAP assembly members issued a statement affirming the “necessity, feasibility and vision underlying the PTMP and PSI project”.

Note that the Penang South Reclamation (PSR) project, with all its social and ecological issues, is being reinvented as Penang South Islands (PSI) to make it more marketable. Nevertheless, PSI and PSR are used interchangeably here.

The DAP backbenchers accused Gerakan, Pas and Penang Forum of recycling criticisms that have been answered by the state.

I do not dispute the feasibility of the project [the SRS alternative proposal for a Penang transport masterplan, known as PTMP] purely from an engineering perspective. However, I do have grave doubts about the Penang state and local governments’ capability to execute and handle such mega-projects, given their poor track record as attested by the financial fiasco and human tragedy in building the 5km Bukit Kukus highway – what more for mega-projects such as the proposed undersea tunnel and the Pan Island Link phase one (PIL1) highway, with 10km of tunnels running through the hills and fault lines of Penang island.

The proposed PTMP and PSR/PSI in their present form are neither necessary nor visionary. Recognising their past folly of building mega-highways that catered to cars and destroyed communities, city authorities in the US, South Korea, and other countries are tearing down these structures today.

Instead of learning from the mistakes of these countries, our politicians instead seem bent on repeating them. Do our esteemed assembly members deny the real hazards of climate change and the growth of private vehicle use as a major contributor to it?

Are they not aware of how transport technology is changing so rapidly, and how the pandemic has altered working and travelling patterns so drastically that it is foolish to apply outdated solutions like building highways to solve traffic and mobility problems?

Support the struggle to build a Malaysia based on Justice, Freedom, Solidarity:
READ MORE:  Oh no, another bridge and more reclamation in Penang!

Other countries are investing in congestion pricing and better public transport systems and encouraging bicycling while we still prioritise highway-building. Is PTMP in its present form reactionary or visionary?

The assembly members, like the Penang government, accused Penang Forum of only criticising, and not offering alternatives.

In 2016, Penang Forum proposed its “Better, Cheaper, Faster” version of a public transport system as an alternative vision and outline for the PTMP. Granted, it is not a full-blown technical report, which can be done only by transport professionals, but it provides an outline and road map for a more scaled-down and sustainable transport system.

We invited the Penang government to engage world-renowned independent sustainable mobility experts to evaluate the proposal and the PTMP. But this was never done.

Penang Forum was the first to propose to the state government in 2018 to consider the trackless tram or autonomous rail transit (ART) system instead of the elevated light rail transit system, when ART was first introduced in China. Penang could have built the ART system in a year or two, at a tenth of the cost of the LRT. This was also rejected.

Instead, Sarawak is implementing the Kuching Urban Transportation System, which uses ART, powered by hydrogen fuel cells. The project’s civil and structural works are expected to begin in 2022. In Johor, the first ART system arrived in January for pilot testing under the Iskandar Malaysia bus rapid transit project. Sarawak and Johor are implementing the ART system, while Penang is still whistling in the wind.

My esteemed state assembly reps also claimed that the PSR/PSI is a visionary project that will bring tens of thousands of new jobs and propel Penang to greater heights, building on the track record of former chief minister Dr Lim Chong Eu.

Unfortunately, repeating past performance is no guarantee of future achievement. Moreover, the times and circumstances have changed. The dark side of unbridled reclamation – from destructive sand mining, the devastation of marine biodiversity and the damaging of coastlines to carbon emissions of 3.2 million tonnes annually in the PSR project – is now increasingly recognised.

However, the Penang government still thinks reclamation is a costless way to acquire land. It fails dismally to recognise the richness of the area in supporting sustainable fishing livelihoods and securing food security for Penangites and severely underestimates the ecological losses from the reclamation. SRS’ consultants in its environmental impact assessment (EIA) clearly admitted that the PSR project will result in “irreversible change” to the environment, and the “permanent loss” of physical and biological resources in the seas south of Penang island.

The original justification for the PSR was to finance the PTMP. Significantly, this justification and link have now disappeared. The PSI is unable to finance even a small fraction of the PTMP (see my article “Selling Penang for a Song?”).

The following needs are now presented to justify the PSR: to plan for a smart city; to provide employment opportunities; to expand the Bayan Lepas Free Trade Zone; to develop and retain human capital; and to relieve the development pressure on George Town.

I support all these lofty objectives. My point is that the state can achieve all these by redirecting development and growth to the mainland. A major weakness in Penang – which the state government recognises – is the unbalanced development between the Penang mainland and Penang Island. Too much growth has been concentrated on the island, contributing to escalating land prices and pressure. What better way to redress this imbalance than to focus its energy to develop the mainland.

Penang could also turn a statewide sustainable mobility network of bus rapid transit, modern trams or ART, and water taxis into a major economic sector. This could provide thousands of direct and indirect jobs (drivers and maintenance crews, as well as administration, technical support and IT staff), as well as employment in support sectors, such as the construction of buses and water taxis; maintenance workshops and depots; and transport coordination.

Recycling criticisms that have been answered

Finally, the assembly members claimed that Penang Forum is merely recycling criticisms that have already been answered.

Yes, the state has responded to some of our queries and criticisms. But as any teacher would tell their students, responding to a question is not the same as providing satisfactory or even passable answers.

Let me repeat a few fundamental questions on PSR and PTMP that have been raised and that have not been adequately answered by the state.

1. Can the state justify its population projection for the three islands to reach 446,000 by 2030 as stated in the environmental impact assessment report?

2. Can the state explain how it will fund the PTMP projects, which will cost billions, when its expected net revenue from reclaiming half of Island A would probably be about RM600m in seven to 10 years’ time? This is equivalent to only about one year’s state revenue. However, the environmental damage and social losses would cost many times as much, if they are truly to accounted for

3. Can the state explain how the costs of the PSR have escalated from RM8bn for two islands (totalling 1,428ha) in 2015 to RM7bn for half an island (only 485ha) in 2021? These figures alone do not speak well of Penang’s competency, accountability and transparency! – The Vibes