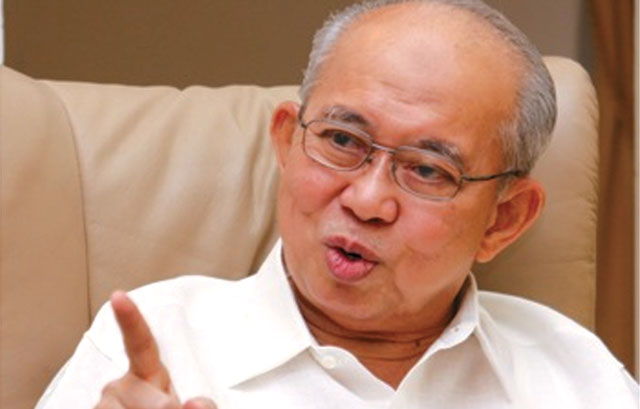 Unlike him, many of the young politicians and others consider race-based political parties to be out of tune with modern Malaysia, insists Mustafa K Anuar.

At the same time, this remark has also the effect of reinforcing suspicion about the public standing of the Chinese-based party because he warned Malay politicians not to be exploited or deceived by their Chinese counterparts.

That is a strong assertion coming from a seasoned politician who has surely seen political vicissitudes and the shenanigans of many politicians in our country over many decades. If there is any value to the Gua Musang MP’s advice, it is that deception or exploitation must surely be avoided and condemned and if necessary, resisted at all costs.

That said, to deceive, exploit and dominate, which are negative traits, are obviously acts that are not the preserve of a particular ethnicity, social group or political party. In other words, the DAP does not have the monopoly over such machinations for its Malay politicians to be unduly worried about.

If anything, the wholesome advice from Ku Li, as he is better known, should have been to caution politicians to be vigilant against any politician or any political party that has such heinous tendencies. This is because recent years have clearly shown that politicians, irrespective of their backgrounds, are capable of duping and robbing blind the unsuspecting, including the very community they pledged to protect and whose interests they are supposed to promote.

READ MORE:  Never lose hope: Despite a dark 2021, the people will prevail

The bulwark against such misdeeds is not to recoil into your own ethnic or cultural community for protection and comfort. Instead, it warrants the strengthening of our democratic institutions, respect for rule of law, and enhanced transparency and accountability in government so that justice prevails for all Malaysians.

Our history has shown that many unsavoury actions have been taken ironically in the name of a particular community. In other words, the community concerned becomes carte blanche for mischievous politicians. Just take a look at what happened to Lembaga Tabung Haji, Felda, Maika Holdings and deposit-taking cooperatives to name but a few.

Against this backdrop, it is understandable that a number of Malay politicians have decided to take the road less travelled by other Malays, despite the DAP having been accused of being anti-Malay and anti-Islam over the years.

It is expected that many of these young Malay politicians do not have the baggage of their elders from both sides of the political divide, who still chant the mantra of race and religion. Younger politicians and other youths seem increasingly open to embracing the diversity that exists in our multi-ethnic, multicultural and multireligious society.

Unlike Ku Li, many of the young politicians and others consider race-based political parties to be out of tune with modern Malaysia. Inclusive parties, such as PKR, the Socialist Party of Malaysia (PSM), DAP and Gerakan, supposedly take cognisance of our diverse society, as well as strive to safeguard against parochialism and rising ethnonationalism that are inimical to the general wellbeing of ordinary Malaysians living in the peninsula (Malaya), Sabah and Sarawak.

To be sure, an inclusive approach does not erode the special privileges of the bumiputera community that are enshrined in the federal constitution. In fact, it would potentially provide better protection for the interests and concerns of the generally neglected Orang Asli and Orang Asal, apart from the needy Malays.

The young mind that is liberated has an important role to play to help shape a better Malaysia.