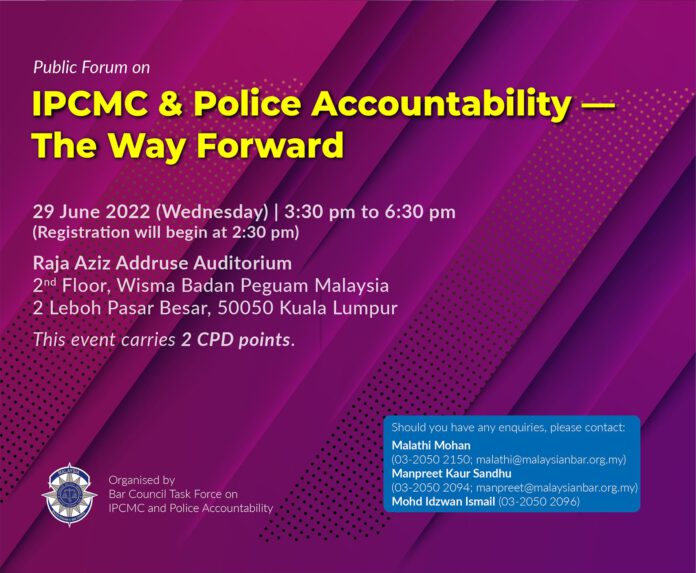 The purpose of this forum was to look into cases involving police shootings and deaths in police custody in Malaysia; the measures taken – or lack thereof – by the Enforcement Agency Integrity Commission in addressing the situation; the resulting need to set up an IPCMC and the need to amend the IPCC Bill 2020.