Let us focus on helping the poor regardless of race and religion, in the interests of building greater national unity, says Ramon Navaratnam

Like many Malaysians, I am deeply disappointed that Malaysia has chosen to keep the ICE-RD on ice.

I believe that most informed Malaysians will support the ratification of the International Convention on the Elimination of all forms of Racial Discrimination (ICERD), as postulated by the G25 and many thoughtful public intellectuals and thought leaders.

As pointed out well by the G25 and many others, there is no conflict between the ratification of the ICERD and our national Constitution. The New Economic Policy or affirmative action policies can still carry on, if we and when, we hopefully ratify the ICERD at some time soon.

The problems of ratification stem from misunderstanding, misinformation and miscommunication as follows:

The critics of the ICERD should also ponder over the disadvantages of non-ratification.

They are as follows:

Considering the present circumstances, it may be right and proper at this time defer ratification of the ICERD.

This is only because of the unexpected and unjustified huge emotional wave against the ratification of the ICERD at this time.

Nevertheless, it is regrettable that we seem to be more regressive than progressive and have succumbed to vociferous protests even if they are minority voices.

I hope that more public debate and discussion will persuade our people that the whole world cant be wrong and that we amongst the minority of countries will soon overcome our misunderstandings, misinformation and miscommunications.

I hope we will all see the bigger, broader world picture that struggles against rather than promotes negative discrimination, which is intrinsically bad and self-destroying, anywhere.

Let us all together continue our struggle against negative discrimination and treat all Malaysians as equals.

Let us remove the ice in ICE-RD. Let us instead focus on helping the 0oor regardless of race and religion, in the interests of building greater national unity and a better Malaysia for all its citizens!

This is the challenge for the new Pakatan Harapan government, and we hope to support them achieve ratification of the ICERD – as many believe that it is good for our country and bring about a brighter future. 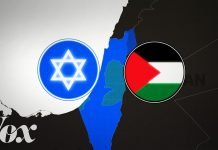 Ordinary people can make a difference

PH is CHICKEN …. you have lost the game because you listened to BN fears!