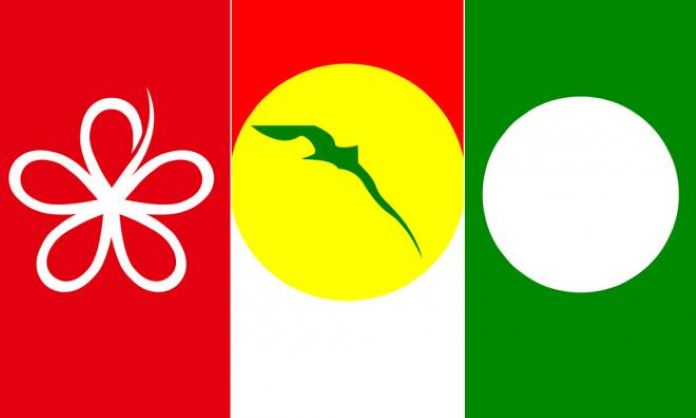 It appears that hope springs eternal for Pas, given its penchant for hope, optimism and confidence in Malaysian politics lately.

Despite trading barbs with Umno in recent times, Pas as a whole is still hopeful that its estranged relationship with Umno could be rekindled so that together they could have straight fights against their rival Pakatan Harapan (PH) and triumph in the next general election.

In what looked like a single-minded objective to achieve electoral success, Pas declared that it had already initiated talks with certain people in Umno and would pursue the possibility of discussing with its leaders, even without the involvement of Umno president Zahid Hamidi.

Certain Umno leaders objected to the idea of having talks that would exclude Zahid, who is facing many corruption charges, while Umno deputy president Mohamad Hasan insisted that there was no directive from Zahid to negotiate with Pas.

Such intended exclusion might explain Pas’ recent proposal that the eligibility requirements for election candidates for the next general election be tightened to prohibit those entangled in court cases.

Minister in the Prime Minister’s Department (Parliament and law) Wan Junaidi Tuanku Jaafar, however, shot down the Pas proposal, adding that it wouldn’t be fair to individuals whose cases are still being heard in court.

Pas and Umno had tied a political knot in 2019 to form Muafakat Nasional, which was aimed at beating PH at the ballot box, as well as supposedly uniting the ummah.

The Muafakat Nasional pact, however, floundered after Pas played footsie with Bersatu-led Perikatan Nasional (PN), another Malay-based platform that was also created in the name of bringing together the ummah.

READ MORE:  Zahid Hamidi acquitted - but not off the hook

It is, therefore, not surprising that Bersatu president Mahiaddin Yasin insisted on seeking an explanation from Pas, when told of the latter’s alleged secret talks with Umno, giving the impression that he was left in the dark.

You would think that political allies would not do what Pas did, as the interests of the PN component parties, of which Pas and Bersatu are members, are supposedly welded in the ultimate desire to wrest power from the Umno-led Barisan Nasional (BN) and PH at the federal level. But Pas did it notwithstanding.

Certain political observers would liken Pas’ delicate tripartite relationships with Umno and Bersatu to one in which a person is torn between two lovers, while no-nonsense critics would call it a sheer self-serving political scheme of Pas hedging its bets.

Be that as it may, Pas has expressed its plan to contest at least 40 parliamentary seats in the next general election, much to the surprise and concern of critics and ordinary people.

Its majority rule over Kelantan, Terengganu and Kedah must have fuelled the Islamist party’s optimism and (over)confidence, despite certain misgivings that some people have about the way Pas rules these states.

In fact, such optimism has even sparked Pas’ long-term goal of having its own prime minister candidate by 2050.

This in part explains why the Islam-based party is now keen to attract non-Malay constituencies through the help of its ethnic minorities wing, the Pas Supporters Congress.

While political confidence is vital, the Islamist party should be aware that the route to federal power and, more so, prime ministership, is not merely about getting extra votes. That would be unabashed political expediency.

READ MORE:  Reject early polls as a means of interfering with judicial process

It is also about the genuine desire of a political party, as well as a prime minister worth his or her salt, to embrace the diversity that multi-ethnic and multicultural Malaysia offers. This means that there should be a willingness to appreciate various forms of lifestyles and cultures that differ from those of the Malay-Muslim community. In other words, there should be no attempt to regulate the cultural traditions and lifestyles of the ethnic minorities.

A concert ban, for instance, sends a red flag to not only the ethnic minority communities but also sections of the Malay population, while blaming the ethnic minorities for being the root of the country’s corruption is unjust and racially divisive.

Nor should the ethnic minority communities be a mere appendage of the country’s body politic.

That is why Pas should not be naive to wonder why many, if not most, non-Muslims would not touch the party with a 10-foot pole, given its actions and policies in recent years that are injurious to the interests and concerns of the non-Muslim electorate.

Perhaps Pas needs to temper its political hope and optimism with the harsh reality on the ground.

It may also be wise to be mindful that man (and woman) proposes, while God disposes. – The Malaysian Insight

“It is also about the genuine desire of a political party, as well as a prime minister worth his or her salt, to embrace the diversity that multi-ethnic and multicultural Malaysia offers. This means that there should be a willingness to appreciate various forms of lifestyles and cultures that differ from those of the Malay-Muslim community. In other words, there should be no attempt to regulate the cultural traditions and lifestyles of the ethnic minorities.”

Comment: PAS has already stated that only Malays should rule the country. The writer must be in fantasyland to think PAS will bother about minorities’ rights once it comes to power. The PAS Supporters Wing should wake up to this reality.