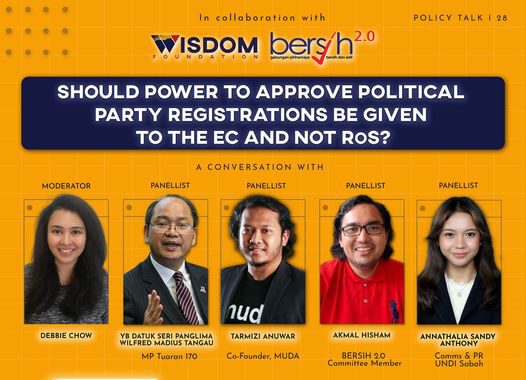 “Suhakam proposes that the registration of societies, including political parties, be administered by an independent entity instead of a government department.

“This would further guarantee the impartiality and neutrality in the administration of matters relating to the registration of societies” (Suhakam, 2021).

The High Court has fixed 14 December to hear an application by the Malaysian United Democratic Alliance (Muda) to quash the home minister’s decision to reject its appeal against the government’s refusal to register the party. But will Muda meet another rejection?

What is the answer to this challenge on freedom of association?

Organised by Wisdom Foundation and Bersih 2.0