Today we are witnessing an aggressive onslaught on the Palestinians that is being justified and rationalised on the basis of a war on terror and terrorists, observes Farish A Noor. The Palestinian people – who have been robbed of their land, rights and self-respect – are being portrayed as irrational, fanatical terrorists instead.

That the discourse of the ‘War on Terror’ is a terribly useful one for governments that wish to exteriorise, dehumanise and brutalise an enemy is a foregone conclusion for many of us by now. Since the day when the term was first coined by the administration of President Bush Junior, it has made its rounds all over the planet and has been seized upon with gusto and delight by many an authoritarian regime seeking a pretext to detain and eliminate their enemies. Til today we do not have a tally of the figures of those who have been summarily arrested, detained without trial, tortured and ‘disappeared’ as a result of this War on Terror which, as any linguist will tell you, doesn’t even signify anything meaningful in the first place.

The current onslaught on Gaza is proof of the utility of such a discourse when it falls into the hands of those currying favour with the Washington administration – and here it doesn’t really matter if the man sitting in the oval office is Bush Junior or Mr Obama. Israel ’s relentless attacks on the Palestinians has been couched and justified as part of the global war effort against terrorism, and as a result the Palestinians have in toto been summarily labelled as terrorists who, by extension, deserve neither mercy nor understanding.

Even more worrying still is the manner in which the metanarrative of the war on terror has been appropriated by other countries and governments that are likewise in a bellicose mood and warlike demeanour. The mainstream media in India, for instance, have likewise hopped on to the anti-terror bandwagon and have taken to it like a duck to water. In the wake of the Mumbai attacks – which were indeed an instance of terrorism at work – the right-wing parties and political demagogues of India’s hard-right have upped the ante even further, calling on the Indian government and armed forces to ‘do a Gaza’ on Pakistan next door.

Calling on the Indian armed forces to ‘do a Gaza’ on Pakistan is what the world needs the least at the moment, what with the global recession spiralling out of control and the economic fortunes of many a developing countries laid low. Worse still would be the political fall-out for both India and Pakistan, two countries that enjoy the dubious distinction of having nuclear parity and the potential of wiping each other out for good. The hawks of India find their kindred spirits next door, among the hawks of Pakistan, who likewise feel that the peace and dialogue process has gotten both countries nowhere, and that a final settlement has to be reached through force of arms.

But in both cases, we see once again how the discourse of the ‘War on Terror’ has been used to demonise and dehumanise the other across the border. And sadder still is the fact that today all acts of terrorism are immediately and casually equated with the Arabs, and with Palestinians in particular.

So has Gaza become the leitmotif and metaphor for the year 2009? If the ‘War on Terror’ is based on a zero-sum logic of eliminating one’s enemies without mercy, then ‘doing a Gaza’ on one’s opponents seems to be the standard operational tactic to be employed at the moment. Having dehumanised the Palestinians and robbed them of their identity, history and the very same historical basis of their existence and justification for their acts, the world community now sits passively by as Israel ‘does a Gaza’ on the people of Palestine who have been rendered inhuman and reduced to statistics.

It is therefore painfully and pitifully ironic to see how the victims of Israeli aggression and expansionism have been doubly dealt a low blow thanks to the adept utilisation of the ‘War on Terror’ discourse on the part of the Zionists. Israel’s constant demand to have groups like Hamas and Hizbullah labelled terrorist organisations is simply part of a bigger process of discrediting the Palestinian struggle and the demands of the Palestinian people as a whole; rendering them a people without a past, a land, an identity and bereft of justifiable demands and aims.

Yet have we grown so cynical and jaded today that we do not see a repeat of history taking place before our very eyes? In the bad old days when we grew up watching John Wayne movies we were taught that the nasty native Americans were the ‘bad injuns’ whose only purpose in life was to slaughter and scalp poor innocent white people. In time however we grew up and came to learn that the native Americans were in the fact the real victims of a massive genocide which led to the extinction of five hundred tribal nations and the creation of the United States of America on what is basically a massive graveyard of native Americans.

Today we are witnessing the aggressive onslaught on the Palestinians that is likewise justified and rationalised on the basis of a war on terror and terrorists; and where the Palestinian people – who have been robbed of their land, rights and self-respect – have been discursively reconfigured as irrational, fanatical terrorists instead. A return to the genocidal politics of John Wayne via the route of the ‘War on Terror’? It doesn’t take much intelligence to see how the discourse of the war on terror has terrorised others on both the physical and epistemic level. 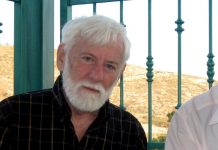 My 50 years with Uri Avnery 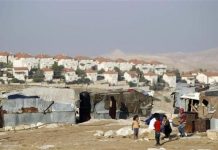 UN resolution on Israeli settlements a parting ‘gift’ from Obama