Vince Tan believes Latheefa will do us proud by showing her capability in catching the big fish without fear or favour.


On 1 August 2015, I texted Latheefa Koya to inform her I had been arrested and would be detained at the Jinjang police cell. This was in the aftermath of the Tangkap Najib rally at Sogo.

Latheefa simply replied: Noted and help is on its way.

The next thing we know is that boxes of nasi goreng (fried rice) were delivered to us by our lawyers. We called it “Nasi Goreng Latheefa Koya” each time any of us got arrested after that. All of us got our legal representation during the remand proceedings the next day – and soon enough, all of us got out of the cell.

Four years on, on 1 June 2019, Latheefa Koya was appointed as the chief commissioner of the Malaysian Anti-Corruption Commission (MACC). The appointment has not been without controversy – it has drawn both support and criticism.

There is definitely a lot of interest revolving around her appointment as the top graft buster in a country seeking to repaint itself on the world map in the battle against corruption.

Latheefa’s task is not an easy one. The country has been hit with the bggest corruption scandal since independence: the 1MDB scandal.

That case is just the tip of the iceberg: many other corruption allegations lie in wait for her to investigate impartially including those involving politicians from the old regime – and the new one.

Her appointment reminds me of the Hong Kong movi I Corrupt All Cops (ICAC), depicting the struggle faced by the reform efforts to combat corruption in Hong Kong in the 1970s – and the formation of its Independent Commission Against Corruption (ICAC).

What is certain is that the head of an anti-corruption organisation will definitely face difficulties. The uproar over Latheefa’s appointment is the first of her challenges.

Concerns have been raised against Latheefa’s appointment as the MACC chief by both politicians and civil society groups – and correctly so, as the appointment was not in line with Pakatan Harapan’s manifesto promise in its reform agenda.

Latheefa had until her recent resignation belonged to a political party (Parti Keadilan Rakyat), and this has raised questions about her impartiality when exercising her duties as MACC chief.

However the first to raise concern was not civil society or the Malaysian Bar, a statutory body for lawyers in Peninsular Malaysia (which closely follows Malaysian politics) but a group within PKR itself.

It would seem that the issue is not about her capability as an individual tasked to combat corruption in Malaysia but more to do with her affiliation to one of the factions involved in the ‘alleged’ power struggle within PKR.

Her resignation from PKR will help ensure that she does not fall victim to factional infighting and undue influence. The recent call for her resignation days after her new appointment as MACC chief is seen as an attempt to tip the scales of power within PKR and is therefore unwarranted.

Unless those who do not agree with her appointment can offer a better candidate, I see no reason to call for her resignation. Criticism that is not constructive plays no role in nation-building.

I personally believe she is the right person for the job. She is known for her fierce and sometimes confrontational methods against abuse of power by the state throughout her career as a lawyer and political figure. Her track record as a human rights lawyer speaks for itself.

My personal experience dealing with Latheefa enables me to vouch that she will do well in her new appointment.

I first came across Latheefa back in 2013, when she was assisting stateless citizens to register for blue MyKads at the National Registration Department at Anson Road, Penang. Latheefa, being herself, single-handedly scolded her way into the building when officers prevented the poor children from submitting their registration forms.

I played my part to help those there to fill in their forms. This was my initial exposure to activism and politics before I became a student activist back in my undergraduate days in the University of Malaya.

Even we were not spared from her scolding when we kept quiet on issues that we were supposed to speak out on during the period of the sedition crackdown against activists back in 2014.

The appointment of a strong figure to combat corruption sends a message to everyone especially those who are corrupt.

If the movie I Corrupt All Cops is anything to go by, then we know the most opposition to the battle against corruption usually comes from the corrupt within the system. In the movie, the opposition came from corrupt police officers who resisted reforms and efforts to battle corruption as it went against their interest.

Only the corrupt and those with something to hide should fear the name Latheefa Koya.

Acknowledging the mammoth task ahead of her, we should offer her support when she needs it most. She will have to work hard and it will be a chance for her to show her professionalism. She should be allowed to serve her tenure.

I write this piece in the hope that readers will support the new MACC chief and the PM’s efforts in the battle against corruption. I believe Latheefa will do us proud by showing her capability in catching the big fish without fear or favour – thus justifying her appointment.

Vince Tan Hoo Seh, an Aliran member, is a postgraduate student at the Faculty of Law, University of Malaya. He is currently a practising lawyer in Kuala Lumpur. 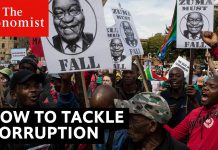 How to tackle corruption

WOULD SHE BE IMPARTIAL WITH CASES INVOLVING TUN MAHATHIR AND TUN DAIM?

…..her security and safety is utmost importance.

Enough of Macc drama.If you can’t bring Taib Mahmud case to justice, you are no different too.We are watching and stay tune.

It is the work of the positive forces in nature & the good vibrations that are already waiting to be tapped by this honourable lady to reduce & if possible to eradicate corruption which is a misery for natizens who are not well of with the previous BN govt.who were corrupted to the core.
Now is the time for a change of fate as theperson in charge of the MACC will put a stop to those inclined to corrupt ways & thus free the nation of the worst ‘rust’..We hope that with the blessing of the people especially the silent majority ,& the cooperation of her lieutenants she should be able to make headway.The chieftain also needs the cooperation of the mata2 the peace keepers in society.In the longrun people who keep the peace & tranquility of the nation as got to be the mix of the Malaysian people.It could never be of one race & one mindset.

So she is going to goreng all the pencuri and perompak.Well done.

Nasi Goreng skill will be very useful andeffective 😀😀this time!

I only met Latheefa once in front of Village Grocer in Bangsar sometime ago. During the short conversation with her, I found her to be a no nonsense lady who was very candid in her views. I think she will do a good job as MACC Chief Commissioner,

Congratulations Latheefa on your appointment !