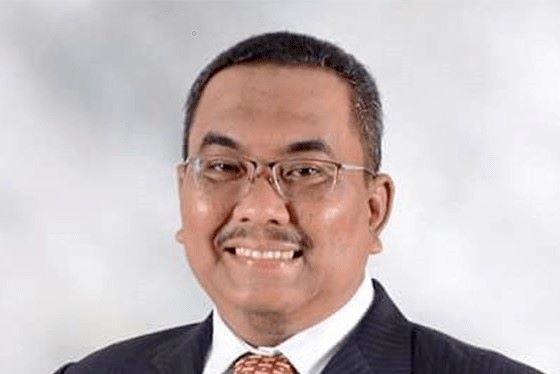 The adage, respect must be earned, not demanded, is as relevant then as it is now, particularly in a social context where many leaders appear to think they are infallible and untouchable.

Kedah Menteri Besar Sanusi Md Nor, for instance, was recently called out by a few individuals for his purported joke about “dead bodies in containers” in reference to fallen victims of the Covid virus in the state. He later apologised after being convinced that the joke was not really funny.

Not too long ago, he was also embroiled in a controversy of flouting the movement control order’s standard operating procedure in Juru, Penang for having test-driven a pickup truck, which earned him the wrath of social media users. Various lame excuses were offered prior to him eventually being fined for violating lockdown rules.

The individuals who recently expressed disdain towards Sanusi in this latest incident were arrested, sparking an outcry from critics who read the arrests as an attempt by the authorities to curb ordinary Malaysians from exercising their freedom of expression and also holding leaders to account for their actions.

Such a penalty exacted on critics of government leaders is not new.

During the Najib Razak administration, for example, a young woman was apprehended for merely throwing a few yellow balloons, inscribed with words such as “democracy”, “free media” and “justice”, at an event attended by the then-prime minister.

As intimated above, such arrests are seen to serve as a deterrent for critics of government leaders, as well as people who are regarded as being disrespectful of their leaders.

If leaders are inclined to restrain uncomfortable remarks from the public in this manner, they seem to have forgotten that respect, let alone adulation, has to be earned. You cannot force people to like and respect leaders when their actions and policies are regarded as not addressing the collective interests and concerns of the ordinary people and thus, possibly become fodder for public ridicule. Forced respect is indeed false.

What is also severely lost on such leaders is that they are expected to indulge in self-reflection – or to use the Islamic term, muhasabah – in the face of public rebuke. For instance, in their introspection, the leaders may want to ask themselves whether it is possible that they have been perceived as being overly arrogant and irresponsible because the political clout that they possess may have made them become insensitive to the sufferings of the people in the wake of the pandemic and economic slowdown.

Expecting to be treated differently when found guilty of flouting the standard operating procedure, for example, does not warm the hearts of the ordinary folks. Nor does it serve justice. Double standards applied to the implementation of rules is obviously a recipe for people’s displeasure.

Perhaps it would be useful to remind leaders, particularly those of the Islamic faith, that the religion enjoins its followers not to be arrogant. A prophetic reminder may be useful here: “No one will enter Paradise in whose heart is a mustard seed of arrogance.”

Arrogance, which is usually an outcome of a mind and soul that are consumed by a misplaced sense of unrestrained power and superiority, brings about a disconnect between leaders and the people they are supposed to represent and be accountable to.

That said, arrogance can at times also double up as a convenient cover for the nagging insecurity of certain leaders, especially those who have issues of credibility, competency or legitimacy.

Penalising people who are critical of their leaders may only result in a veneer of respectability at best. – The Malaysian Insight