One the one hand, the Penang Structure Plan 2030 says that the state is “maintaining padi fields as a food security” but on the other the state is fully backing the developers’ grand project to reclaim 1,800ha of rich, seafood producing seabed in the bay of Teluk Kumbar thus destroying seafood security for good. Why isn’t maintaining the fishing grounds necessary for food security?

If members of the Penang government do not know what lies below the surface of the sea because it is out of sight, here is some food for thought: do not look just at the rice in the plate, but also the fish lauk (side dish) that goes with it. People don’t eat plain rice, do they?

Let us compare the Sekinchan paddy fields and the location of the southern Penang reclamation in the bay of Teluk Kumbar. They are of almost similar acreage, the former on land and the latter in the sea. Both are important food-producing places. So why is one regarded as a treasure and the other as trash?

The bountiful paddy crops in Sekinchan can be seen by anyone travelling in the area by road and the beautifully laid out fields are such a great sight seen from the air.

Similarly, as flights come in to land at Bayan Lepas Airport, the bay of Teluk Kumbar looks so beautiful with fishing boats on it and hills in the background. What cannot be seen by the eye is the treasure that lies below the surface of the water. The entire bay is the home of the fish, where they live and breed to provide humans with much needed protein.

Supposing some greedy developers come up with a plan to “reclaim” the paddy fields of Sekinchan, would any sane government approve those plans and drive the farmers out, promising them “high paying” jobs in factories and business opportunities in the new city? Where will an equivalent amount of rice be obtained from?

Both rice and fish are staple foods of Malaysians. Fish complements rice, especially for the lower-income groups.

Yet we have a state government that is hellbent on destroying for good a place that has been producing seafood for centuries. Why? Is it because when they stand on the shore (with developers, perhaps?) and gaze across the sea, they do not see the abundant marine life, mostly fish, that lies below the surface of the water? Thus the abundant amount of protein (food) that is out of sight is out of mind?

The developers will of course be pointing at the sea, saying, “Where is the large number of fish that you say is in the sea? We don’t see any.” They will argue tooth and nail to maintain that the sea is lifeless, that it is a waste to leave it like that and how much could be earned by turning it into land to put buildings on.

But the government – why does it agree with the developers when experts in the government, eg in the Ministry of Agriculture, have clearly stated that this shallow, sheltered sea is a very important fish spawning area? The seabed is covered with seagrass that is both food and shelter for the fish. There are coral reefs for fish around the two islands to the east and west of the southern Penang reclamation area.

What the state is destroying is a fish breeding area, ie a fish producing area just like the Sekinchan paddy fields are a rich rice producing area. Just as you cannot “reclaim” these paddy fields and move them to another place, you cannot destroy the fish breeding grounds in the bay of Teluk Kumbar and them to another location. Once destroyed, they are destroyed forever.

Questions of environmental impact assessment are not relevant in this case as the place is a vital seafood breeding area, and the fishermen are just harvesters of the fish. The fish driven out of this area cannot set up home in the sea further out in the Straits of Malacca, as the conditions there are just not suitable for a fish habitat.

So it should be an emphatic “no” to the project, and not a “maybe” pending “EIA reports” produced by developers. The environmental impact assessment has not identified where the fish displaced from this place will be relocated to, like relocating people displaced by road construction or other projects.

So, the environmental impact assessment is a complete eyewash, a figment of the imagination, as the real impact of the reclamation on the fish and other seafood cannot be measured, let alone predicted by any modelling.

Only people without a conscience will destroy large food producing areas. If Sekinchan or the paddy fields in Penang should not be turned into “modern” cities, why should the bay of Teluk Kumbar be destroyed to turn it into a “modern” city? Is it not an equally important place for food security purposes? Why the double standards? Nothing justifies destroying a food producing area, more so when they are rich sources of food. 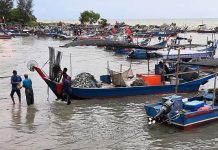 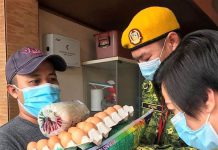 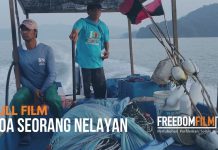