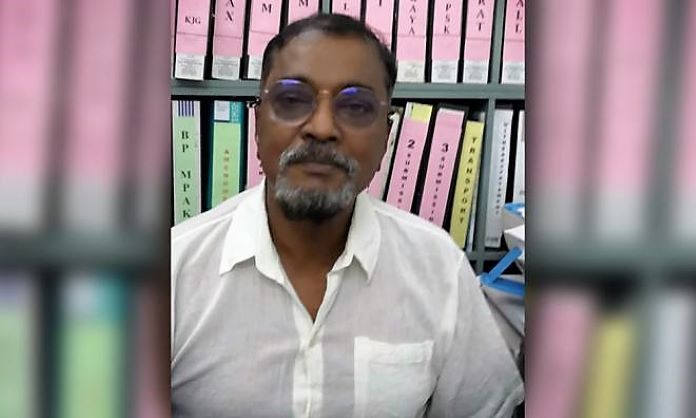 The use of draconian trade union laws and the fostering of moderate trade unionism by the British and then by the post-independence government succeeded in breaking up militant post-war trade unionism in Malaysia.

The percentage of unionised workers dwindled sharply from over 67% to a pathetic 6% today, and radicalism among trade unionists declined woefully.

However, occasionally, one could still find a trade unionist who was full of idealism and creativity in helping workers and prepared to sacrifice time and energy beyond the eight-hour call.

S Somahsundram, who passed away suddenly but peacefully on 22 February, belonged to that rare breed of unionists.

Somahsundram was a veteran unionist from the Paper and Paper Products Union and was also a general council member of the Malaysian Trades Union Congress (MTUC). To the working class, he was a true comrade and fighter, totally dedicated to the defence of their rights and wellbeing.

He was the kind of unionist you knew would not sell out the workers. Up to the day of his sudden death, he worked tirelessly on the many cases he was dealing with.

According to R Saratbabu Raman, a trainee industrial relations officer at the union office, in the past two weeks, Somahsundram was busy filing case submissions and handling bundles of documents and statements of cases involving three companies where there was no settlement on the upcoming collective agreements.

His health had been poor the last few years, yet that didn’t deter him from continuing to work hard and spending long hours on his union work and travelling to other states for cases and negotiations.

Somahsundram was a meticulous person, and despite physical discomforts in recent years, he used to stay up to 5am to prepare his Section 20 cases to perfection before going to the Industrial Court a few hours later. He was respected in the labour and industrial department circles for being a serious unionist and for his very focused and complete submissions.

His discipline and stamina were hard to match, and he was not very sympathetic to amateurish attitudes towards work. He used to say that work representing workers was a serious job. He wasn’t just preaching; he practised it in his life, which truly revolved around his involvement with workers.

Somahsundram’s union activism spanned more than four decades, starting in 1974 with his union activities in UAC, a multinational company in Tasek, Ipoh, and becoming an industrial relations practitioner.

In 1990, he became the general secretary of the Non-Metallic Union. He was an executive committee member with the global union, International Federation of Chemical, Energy, Mine and General Workers’ Unions and was elected a vice-president of the MTUC. He was also the Perak MTUC chief from 1984 to 1989.

Somahsundram told us that he was prepared to chip in with legal costs, as he felt that people who were really helping workers should be given the right to represent the workers. Of course, he grumbled about the many career unionists around.

Somahsundram had a good and easy relationship with workers and was humble and approachable.

According to Saratbabu, Somahsundram was always friendly with all the union members and constantly asked for ideas and suggestions on how to move the union forward. He himself was always trying new ideas on how to recruit or organise new workers into the union.

Many PSM activists who had worked with Somahsundram found him to be a committed unionist who was generous with his time and knowledge, ready to share his knowledge and help in labour cases. He advised us on cases and did many cases for us, all pro bono, as he said he had his income from his position in his union.

PSM has lost a great friend and comrade – a person who has attended our programmes, and trained and advised many of us on the law of industrial disputes and union activism.

Losing Somahsundram has left a big void for us, the same way when comrade Jiwi Kathaiah left us. This class of unionists were a remarkable lot with their wealth of experience, principles and determination to struggle come what may.

Goodbye to this great friend of workers. PSM expresses its condolences to his family and comrades.