About Dong Zong, how much does Mahathir know, let alone understand, when many Chinese Malaysians themselves do not much about it?

Among Chinese Malaysians who did not attend Chinese schools, Dong Zong can be a distant alien. Many haven’t even heard of Dong Zong. (Now that it is splashing the headlines, non-Mandarin-speaking Chinese Malaysians themselves struggle to pronounce Dong Zong correctly. It in fact sounds more like ‘dung jung’; that is how ‘u’ and ‘z’ are defined in romanised Chinese pronunciation.)

Dong Zong (short for Dong Jiao Zong) as a group has been far from in the pink of health. Infighting is said to be no less gripping and persistent than that of PKR.

Mahathir, as much as the media, overestimated Dong Zong’s reach. Dong Zong is nothing like the DAP, which many Chinese draw personal association with.

Disagreeing with national education policies cannot make a group racist. The statement that Dong Zong is racist because it never agreed with national education policies reflects not on Dong Zong. Rather, it reflects on the PM, who hasn’t yet learned that there is nothing wrong disagreeing with government policies, and there is no need to axe those who do.

Seeing Dong Zong as nothing but a group who never agreed with national education policies – and not being able to see Dong Zong beyond that – reveals how discriminating Mahathir is. Discrimination happens when we can’t see the person(s) beyond the label.

Discrimination, for example, happens when we fail to see the person beyond the colour of his or her skin or his or her orientation. Likewise, seeing just the ‘KU’ and missing the leading ‘O’ is the perspective that leads to discrimination against OKU (orang kurang upaya or persons with disabilities). The person is seen as reduced to an entity less than a person. That is discrimination.

Mahathir reduced Dong Zong to less than what it is. It is an organisation with a valid and noble mission (regardless of whatever internal conflicts within). It rightly and naturally has to disagree with national education policies, which have so far been gravely biased.

Defending one’s own heritage without claiming supremacy over others cannot be racist.

Don’t Japanese descendants take pride in speaking, reading and writing Japanese even following generations of migration? Don’t Greek migrants do everything to avoid the embarrassment of not being able to understand Greek? Italians and Spaniards share that similar sense of pride and shame. Why should Malaysians take ultimate pride in speaking the coloniser’s language instead?

By the way, the Chinese have no problem sharing their heritage. Non-Chinese are always welcome to speak and use Mandarin and the various dialects. No word is reserved as exclusive.

Even the word ‘God’ in Mandarin – and for that matter any Chinese dialect – can be uttered by any non-Chinese without the faintest concern. Dong Zong never proposed any law prohibiting its use. There is also no ‘kafir’ equivalent in Mandarin or any of the Chinese dialects.

On 16 January 2019 Karen Wang was ejected from a by-election in Canada. Her political career was killed by her post on social media calling on Chinese voters to vote for her as the other candidate was a Singh. That amounts to racism.

Does Mahathir understand? Do Malaysians understand? Guilty of racism, Karen became one of the most despised persons in Canada. Even Canadians of Chinese descent disowned her.

If we go by the same standards, our cabinet and our Parliament would be empty. Even ministers openly and shamelessly lobby for race-based support. Recall Human Resources Minister M Kula Segaran’s speech:

“Where will I put my face if my people, my community… we are of the same blood, what will happen if we do not support our own community… What can we tell the cabinet? ‘Those fellows’ will say, ‘Dei, he (Umno acting chairperson Mohamad Hasan) is of a different race, different religion, but the Tamils (Indians) voted for him. Think carefully… When I am a minister, so many problems (facing the Indian community) can be brought to Chinese ministers, Malay ministers, but they (the Indians) don’t go (to ministers of other races)… This is because they (Indians) feel happy when they go to a Tamil (Indian) minister… I have come to Rantau so many times, there are so many Chinese shops, so many Malay shops, but I do not like to eat (in these places)… We go to Tamil (Indian) shops.”

READ MORE:  Why do we let Pas get away with such divisive remarks?

Comfortably as Human Resources Minister Kula remains. He should have joined the falling dominoes.

Recall the controversy over building lights lighting up in the form of a cross in Jelutong, Penang. Whatever the motivation when the design was first conceived, whatever the afterthoughts – the reactions would have been entirely different if our nation weren’t this sensitised.

People who want this lighted cross want it for the wrong reason; I can’t see any depth in expressing Christianity this way.

And people who reject it reject for the wrong reason; I can’t see how a stable person could find the alignment of those lights offensive or threatening in any way.

If Ubah is about building a nation, then stop that scramble for Malays. Disarm and let everyone feel secure again. The first step in disarming is simple: stop talking about Malays and Chinese – ban that m-word and that c-word from political discussions and campaigns.

Both words have only been over-used and abused as part of political weaponry. The i-word and other words are used less frequently, which only exposes the gravity of the weaponry involved.

As in sports training and competitions, prompt corrections are critical. The Ubah movement is in urgent need of correction, to steer us away from populism, where those in power sway in all directions going by the loudest clamour. The loudest clamour is not always correct; we ought to know by now.

Good leadership would be able to convert, correct and direct the crowd. Stop that scramble for Malays, de-sensitise the nation. This can only happen when politicians are able to see Malays beyond that vote in their hands. The scramble for Malays will go on if politicians continue to reduce the Malays to mere voters, failing to see the persons holding the ballot papers. In the name of defending the Malays, supporters and politicians from both sides of the divide have been ‘(ab)using’ the Malays for their own selfish ambitions.

If Mahathir and Anwar were stronger leaders and less populist, they would have been able to energise the academia. As university campuses demand greater freedom of expression, remind the university folks that yes, the government can grant and respect free speech – but never forget that the academia needs to give back to the society. And giving back to the society doesn’t mean passively chanting that Ubah sing-along.

The problem with the Ubah sing-along has been that it painted its little world into either black or white, with no grey shades in between. Its world is a reduced world – self-absorbed, narrow-hearted and narrow-minded. It failed to put things in the context of history and geography. It failed to learn lessons from other times and places.

That is how we landed on the present baggage-laden Ubah – a change that never was – a mess that was completely foreseeable way before the 2018 general election.

Academia has to dare to speak out against an unthinking Ubah mentality – no matter who is in power – by providing the analysis, by putting things in context, by issuing warnings about trends that others are unable to see, by offering better options besides blind partisan support at all costs, and by leading society in understanding and managing the many shades of grey.

Anwar, time to take a rest?

Beyond the back door: 5 home truths of Malaysian politics 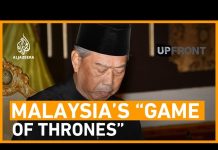 Is it game over for Mahathir? – Interview with Syed Saddiq

Prior to 1982 Malaysia never faced Fanatic Racism. Since 1983 the Ketuanan Melayu Bumiputera System was implanted / seeded into the mind of people. Year after year sponsorship, scholarship, free goodies, discounts……..was showered. Today it has grown into a huge deep rooted corrupted sick Hopeless tree without any leafs to shelter even birds or human and has already began on a self destructive mode. May God please help Malaysian.

Please explain. Running down somebody Without an exchange of views…only exposes your smal-mindedness or your inability to counter her thoughts
Both are indicative of a bankrupt mind.

God knows what Dr you are…if you don’t understand facts then your IQ is questionable.