Lately, there have been polemics in the media on whether the DAP is an extreme or moderate party, or a multi-ethnic or chauvinist Chinese party.

The DAP leaders have gone to great lengths to defend their multi-ethnic approach and this comes in the context of the upcoming central committee election. There seems to be a conflict within the party of whether to work with parties like Umno and where to draw the line. Pragmatism and principles seem to collide.

While image is vital for electoral purpose, DAP leaders should be more in-depth and address issues such as elitism within the party where a coterie of educated elites seem to hold sway over the party.

These elites believe that fighting corruption and that upholding meritocracy that comes from good governance alone would propel Malaysia towards a first-class nation.

There is a lack of concern for workers’ rights and empowerment, domestic economic inequality, environmental grassroots movement, community and neighbourhood issues and global economic injustice. Western imperialism and China expansionism are of no concern to the DAP. The party seems to have lost much of its socialist appeal.

What is its policy on workers’ rights? Is there a broad-based grassroots leadership in the party? How does it address sustainable development issues such as the link between biodiversity and climate change when its leaders are involved in the Penang South Reclamation project? What about the livelihood of coastal communities that are part of an ecosystem?

These are the issues that should predominate a political party like the DAP and not merely the dualistic argument of whether it is a multi-ethnic or chauvinist party.

It is time that DAP leaders built a broader vision of a just and egalitarian society and did away with its elitist politics of highlighting only certain aspects of governance if it intends to attract more young grassroots leaders to the party. A broad egalitarian vision would put to rest the polemics of whether the DAP is a multi-ethnic or a chauvinist party. – Malaysiakini 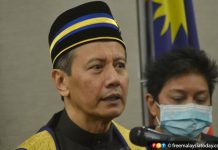 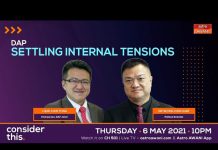 I have cease to think of the DAP as a party working for the workers long ago.It is already an elitist party, its leaders have tried but failed by highlighting meritocracy and corruption.
Yes, it is high time the DAP reinvents itself.