No obstacle should be placed in the endeavour to save the lives of the needy, stressed Mustafa K Anuar.

Kembara Kitchen founder William Cheah recently took to Facebook to express his frustration and disgust over the ban issued by Defence Minister Ismail Sabri Yaakob against volunteers distributing food to the needy during the movement control order period for fear that they may risk spreading the coronavirus.

Cheah, who has been volunteering to feed the needy for many years, lamented that so much food was donated to him and yet he could not deliver it to the people who were really hungry because of the bureaucratic hurdles he had to overcome.

Ismail insisted that the food should instead be sent to district Social Welfare Department offices, where Rela and Malaysia Civil Defence Force personnel would distribute it.

But Cheah’s painful experience pointed to the fact that the Social Welfare Department office that he went to did not have storage for the amount of food he wanted to deliver.

It is quite conceivable that offices in other districts may have similar storage issues.

His comments reflect the unhappiness of more than 120 civil society organisations, including soup kitchen volunteers, about the ministry’s ban as they feared the vulnerable would go hungry, if not die, if food was not delivered to the needy and on time.

To be sure, these are organisations well-versed with the terrain where communities who don’t have access to food and other basic necessities are located.

These are urban and rural communities, which include those who have lost their income because of the moverment control order: the elderly, the sick, orphans, migrant workers, Orang Asli and refugees.

While we can appreciate the government’s concern about the health risks of these voluntary groups, their experience and expertise should be tapped by the government to ensure wider and efficient distribution of basic necessities to the vulnerable at a time when valuable human resources should join together for a good cause.

Moreover, these volunteers, most of whom are dedicated and committed to their work, in many ways have been in the front line for the needy for many years before the onslaught of the coronavirus.

They, therefore, deserve not only credit, but also institutional support to ensure that proper protection is provided by the government for their health and safety.

Besides, roping in Rela and Malaysia Defence Force personnel for this mission may well overstretch the capacity of these people to the extent that the delivery of food and other necessities may not be as efficient and widespread as we would like it to be.

We must be mindful that these NGOs are also stakeholders in our society – they can and have been playing a vital role in meeting the needs of the poor and the marginalised. This role gives them an important sense of belonging as citizens of this country.

For the government to disallow these groups to do the things they care for and do best is only to alienate itself from an important segment of our society. If anything, it reinforces the notion of a government that was not voted by many Malaysians and are not in line with their aspirations.

It also doesn’t help to know that certain community activists, namely Syed Azmi Alhabshi, Che Asmah Ibrahim and Tan Kok Keat, who are known for their work for the poor and the needy, have been removed recently from a certain welfare foundation simply because they were appointed by the previous government.

No obstacle should be placed in the endeavour to save the lives of the needy. They are susceptible to hunger as well as Covid-19. 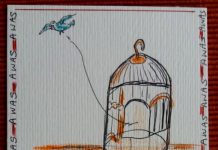