The Association for Community and Dialogue joins voices with civil society in condemning the action of a man seen assaulting a Nepali security guard.

While no one at this juncture (4 August) knows the identity of the individual who committed the violent act or the exact cause of the incident, the violent act shows a deeper malaise of how a certain segment of society is treated.

Security guards face various risks since they at times need to be firm in carrying out procedures related to the management of logistics, dealing with unscrupulous and rude drivers, and protecting apartments and hotels from theft and vandalism.

The Nepalese guards, who are foreigners, are naturally vulnerable due to the lack of a support structure and protection in case there is violent behaviour.

The current recovery movement control order period, where temperature testing and writing of details have become standard operating procedure, has made life challenging for security workers since they have to put up with egoistic visitors and guests and those who tend to hurry to their destinations without adhering to such procedure.

I witnessed a ‘Datuk’s’ driver demanding parking space at a hotel in a rude manner even though no prior booking was made. Some of those who follow certain elites act in an unscrupulous manner, believing that a minister or Datuk would protect them.

Therefore, it is time there is a sense of compassion and understanding of the role of security guards. It is hoped that the authorities would take firm action against the individual who abused the Nepali security guard.

The elites, whatever their background, should behave humbly and in solidarity with the weakest members of society. They need to follow standard operating procedures and show exemplary behaviour. 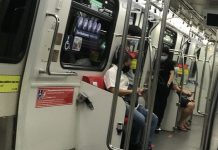 Audit of reimbursement of migrant workers’ recruitment fee: Should it be standard for all sectors?

There is no ‘new normal’: We were not normal to begin with