Mustafa K Anuar discusses the kinds of challenges that Penang Forum faces in raising public awareness of the mega transport proposal in the state.

Civil society groups were plodding on, amid challenges to their efforts to counter the state narrative regarding its Penang transport masterplan and overall development in Penang.

Anil Netto, a member of Penang Forum, a collective of various civil society bodies in the state, said while most of the state’s folk had some idea about the transport proposal, they were not fully aware of the finer details concerning its potential social and environmental impacts.

“In fact,” he said, “some would even argue that it is a small price to pay for the convenience a supposedly efficient highway system would offer them.

“Such craving for a congestion-free highway overrides environmental considerations.

“And they might not be fully aware that the planned highway would be back to square one five years after its completion, when congestion rears its ugly head again.”

Anil, who is also treasurer of the civil society group Aliran, reminded the people about the lessons learnt from the Lim Cheong Eu Expressway, which now experiences bottlenecks near Weld Quay, particularly during rush hour. This began happening seven years after the completion of the 4.7km highway.

Such are the kinds of challenges that Penang Forum faces raising public awareness regarding the transport proposal.

Heritage activist Khoo Salma Nasution, who is also a proponent of Penang Forum, said the collective had conducted a number of focus group discussions, particularly with residents’ associations.

Apart from their limited resources, the discussions, conducted in English, also had the adverse effect of excluding non-English speakers.

While a few discussions had been held in Malay and Mandarin, these were few and far between, she said. “In certain cases, we find ourselves talking to the converted.”

Besides, she said, “the environment is an issue that seems to be difficult to get traction among many Penangites”.

“Some people would only sit up and take notice of this controversy if and when the planned highway is feared to reach their very doorstep.”

Although the environment was a hard-sell issue, even among young people, she felt it still had to be raised constantly as it not only concerns the present generation but future ones, too.

However, Anil said, there were a growing number of people nervous about hill-slope development of late, especially after the Granito and Bukit Kukus tragedies.

“Penang Forum reaches out to the public through several means, one of which is issuing press statements as well as holding press conferences.

“The messages of the collective are usually picked up by the media, both print and online, especially now that they are experiencing a relatively high degree of press freedom after the Pakatan Harapan coalition wrested power from Barisan Nasional.”

To widen its outreach, Penang Forum also posts its statements on its website. Additionally, its collective members, namely Consumers Association of Penang, Penang Heritage Trust, Sahabat Alam Malaysia and Aliran, publish statements and related news on their websites as well.

Meanwhile, on the Pan Island Link 1 highway, Anil said objection towards it was not coming from just one fringe group.

A petition opposing the highway and calling for its review has received more than 17,000 signatures, he said. This reflected the groundswell of unease among Penangites, especially after the death of nine foreign workers in the Bukit Kukus tragedy, he added. 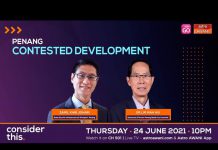 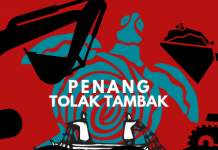 Modern lifestyle has made the importance of environment forgotten. Many people think about the hills, the rivers, the trees etc only when is some kind of natural disaster. The education system is concentrating too much on material well being. Many are not aware that half or more of our lives depend on environment. All the civil groups are doing a good job educating the public. Keep up your good work. Aliran should initiate to form an environmental group which can keep an eye on the environment in mainland Bukit Mertajam.Or is there already? I could see some of the hills like in Juru is becoming bold.