Wong Soak Koon reports on an Aliran fund-raising dinner that rekindled in those gathered a sense of renewed hope that the future would bring about a people’s government where democracy really means something.

The Petaling Jaya Civic Centre was rapidly filling up as friends, well-wishers and donors took their places at the dinner tables on 26 June 2010 for the Aliran Fund-raising Dinner. All tables had been taken and the public had donated generously, perhaps knowing full well that Aliran’s struggle is transparently supported by public donations and the sale of Aliran Monthly. It was most heartening to see the banquet hall packed to capacity with Malaysians who had turned out in force in spite of the fact that an important World Cup football game was to be on that night.

As Rama, the Aliran President aptly put it, “It is with a great sense of satisfaction that I stand in front of you. Not because we have a full house tonight but because I’m among friends who share our dreams and hopes for the nation.”As one looked around the hall, one could see Malaysians of different races, both men and women, mingling and exchanging reflections on the state of the country. Some had come from as far as Singapore; some perhaps even further. What was even more encouraging was the number of young people. An inter-generational dialogue may be at work here and clearly many of our young citizens are not only interested in material goods and the Bursa Saham. They do care about justice, fairplay and democracy.

The audience was in for a treat as the organisers had planned a good balance of the serious and the funny with entertainment by performers like ‘The Freeloaders Inc.’, Shanon Shah, Marion d’Cruz ( who recited a poem composed for the occasion by Kee Thuan Chye), Elaine Pedley, Judimar Hernandez and not least, “The Aliran Singers”, a group who is fast gaining appreciative audiences although they rarely perform and should not be giving up their day jobs yet. I shall report more on this most fascinating segment of the evening later.

“Get off your backsides!”

Rama, as President of Aliran, gave us much food for thought in his speech. Underpinning his criticism of declining standards in the Judiciary and in bodies like the MACC, his remarks on the mismanagement of the country’s economy, etc., was the main theme of his critique, which was that the leaders think they rule the people, not serve the people. Thus the dinner’s slogan: “People First, Democracy Now” is a wake-up call to the powers-that-be not to take us for granted as well as a reminder to fence-sitting citizens to (as Rama colourfully put it) “get off your backsides!” References in the speech to ethno-racists like the Perkasa gang remind us how fragile harmony can be if mature-thinking men and women of Malaysia do not speak out against rabid racists. As I looked around at the goodwill I could see as Malaysians of different races, religions and creeds sat down to share delicious food, I silently prayed that we never allow the unscrupulous to drive wedges between us.

Support the struggle to build a Malaysia based on Justice, Freedom, Solidarity:
READ MORE:  Yesterday, today and tomorrow…

What must have been very noteworthy to the listening audience was Rama’s reminder to both the incumbent and the opposition that Aliran is non-partisan. We would criticise and attack corruption wherever it may be found in this beloved land of ours. Those in the audience who are already familiar with Aliran’s bent would know this but to many of their friends who may not, Rama’s words are explanatory and timely: “Please do not think we are anti-BN. We are not. Any ruling party whatever its colour or shade must conduct itself responsibly solely in the interest of the people. In keeping with this policy, we give fair warning to any future PR government. We will be just as critical of the Pakatan Rakyat when it reaches Putrajaya.” This speech certainly gave us food for thought while we enjoyed the eight-course dinner.

The night’s entertainment began with a young band, “The Freeloaders Inc.”, whose lively music added to the enjoyment of the evening. The lead singer, Shazwan, the son of an Aliran Exco member, Dr Mustafa, recalled how he learnt about social justice and people’s rights at his parents’ knees, as it were. Schooled from young about the values of democracy, he was one among other Aliran members’ children who helped out at this event. Together with other young volunteers and diners, they testify to our young citizens’ desire for change (for transparency, justice and equity). This is also fair warning to the powers-that-be that they dismiss the young at their own peril. It should also indicate to these same powers that no amount of brain-washing, in schools or in other national programmes, can take away the independent thinking of critical young people.

Next on the cards was a guest appearance by award-winning singer Shanon Shah, who brought the house down with his song about the contrasting reactions to the ‘sodomy’ headlines.

The dance performance by Elaine Pedley and Judimar Hernandez captured the spirit of the poem by Kee Thuan Chye, which was very well read out by Marion d’ Cruz. A change must come as the poet’s use of nature’s powers, for example, a flood, reveals. This universal image reinforces the warning of another political tsunami. Far be it for me to underestimate the intelligence of the dinner audience by doing a lengthy explanation of the poem here as I am very sure they caught the call for sweeping changes in this country. Unlike our government, who at times seems to think that our citizens have no brains left, I feel the audience could catch the cross-cultural references in the poem. Nonetheless, I would like to comment more fully on some of the allusions used in this poem

I cannot do full justice to Thuan Chye’s poem here but I would like to point out that all the key figures alluded to in the poem, who were from different ages and cultures, were very similar in their concern for justice and for the marginalised and therefore still speak resonantly to us today. Gilgamesh and Utnapishtun, the two figures in the Sumerian epic still speak to us from out of the mists of Sumerian history (2100-2000 BC) telling us of the destruction of the corrupt in the flood waters. What are indestructible and immortal in men and women are their good deeds. The line “restore the order of Hammurabi” refers us back to Babylon where, as the first king of the Babylonian Empire (1792-1750 BC), Hammarubi established the first written code of law in recorded history. What is more significant, Hammarubi’s Code was written in the daily language of Babylon and could therefore be read and understood by any literate person quite unlike some of our Acts and laws which are so convoluted in language that they are near impossible for the layman to comprehend. In addition, it would be good for present-day courts to remember that even in Hammarubi’s time, the code foregrounded the presumption of innocence until proven otherwise.

Yuanzhang in the second verse of the poem, also known as Hung-wu Ti ( the Hongwu Emperor ) was the founder and first emperor of the Ming Dynasty of China. Noted for his concern for the poor, especially struggling peasants, as he himself came from an impoverished peasant family, Yuanzhang drafted a code of laws known as Da Ming Lu to protect the rights of the poor. In this poem, Thuan Chye skillfully conjoins Yuanzhang’s concern for the poor and Caliph Umar’s care for the disenfranchised. Umar is said to have sought out the poor on his nightly rounds: “Yuanzhang, make bright the light / that shines for Umar on his nightly rounds / as he seeks out the hungry and cares for the weak”. Umar or Farooq the Great, the second Caliph of the Rashidun Caliphate, was noted for justice and, in addition, for his astute and transparent management of the empire’s finances. His modest, even austere lifestyle (no big palaces for him) is a timely rebuke to those in power who nightly dream of larger mansions and bigger imported cars.

In the last verse of the poem, the reference to Ashoka’s wheel takes us back to Ashoka, the Emperor of the Maurya Dynasty who ruled the Indian subcontinent from 269 to 232 BC and the famous Ashoka’s wheel whose twenty-four spokes represent the values which good leaders should possess such as courage, selflessness, justice, wisdom, humility and not least, love for all beings. And the line in Thuan Chye’s poem which reads, “Martin will see the promised land” alludes to Dr. Martin Luther King’s speech titled “I see the Promised Land” given on 3 April 1968 at Memphis (a day before his assassination) where Dr King asked for resilience and determination in the struggle for equal rights for African-Americans. In his opening words, Dr. King praised his audience for their determination to bring about a change for the better. He can sense that “something is happening”- a storm of change will overcome oppression and injustice. Unlike Dr. King who perished before he could enter the promised land as it were, the poet is optimistic that we Malaysians would see it.

Marion d’ Cruz’s recitation brought added vigour to the poem’s promise of a better future for our country and in the last performance of the evening, “The Aliran Singers” brought home to us, with humour and in their inimitable way, the need to do our part.

I have always enjoyed “The Aliran Singers” in their annual performances at Aliran dinners. Using music from the ABBA group featured in the film, “Mama Mia”, they made the audience almost double-up with laughter. Perhaps a sample of their songs will illustrate why we enjoyed their performances so much. The following song – sung to “The Winner Takes it All” – mocks a certain ex-Minister:

I don’t want to talk
About Sungai Siput
Though it’s hurting me
Now it’s history…..

Space does not allow me to write more about their hilarious lyrics. “The Aliran Singers” were worth waiting for and the evening was brought to a close by an encore after calls of “more” from the audience.

A rewarding time was had by all, not only because of the good food and the fascinating performances or the thought-provoking speech but because there was rekindled in us a sense of renewed hope that the future will bring about a people’s government where democracy really means something. In ending this record of the evening I can do no better than to use Caliph Umar’s words to those in power:

“Remember I have not appointed you as commanders and tyrants over the people …..Do not shut your doors in their faces… and do not behave as if you were superior to them, for that is tyranny over them.”

Wong Soak Koon, a former Aliran Exco member, now resides in PJ, after many years of teaching in USM. 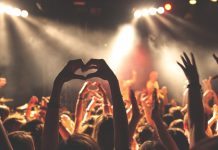 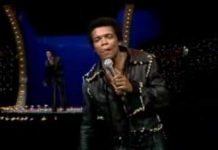