During the early days of independence, faith was a private matter and the country experienced religious tolerance and ethnic understanding, writes Ahmad Mustapha Hassan.

Politics has become a curse to this country. It is no longer a means to achieve good governance and reliable state management. It has been turned into a source of power to inflict evil on people.

Power has been misused to enrich those in high positions. Independence has been turned into making the country socially and culturally backward.

Religion has become a source of amassing influence. The Malays were pushed into being servile, leading to a siege mentality. They were made to lose their power of rational thinking and to totally accept what the powers that be had committed.

During the early days of independence, the country experienced religious tolerance and ethnic understanding. There was merrymaking whenever occasions presented themselves. Dances and singing were common happenings. Funfairs would make their rounds in various towns. There would be games for the children and at night there would be dancing to the ­various melodious Malay tunes.

Joget dancing was the order then. Hostesses would sit in line on the stage and those interested in doing the joget could purchase tickets and go up to pick the dancing partner of their choice. There would be joget and later this would be termed joget moden because Western tunes had also been incorporated.

There would be the old ronggeng, the precursor to joget, and in the north, there would be changgong from Perlis and ramvong, joget dancing to Thai music.

People were able to dispense with all the stress of life during the day through these fun outlets. There were no cases of rape, incest and such other devilish happenings. In big cities like Penang and Kuala Lumpur, there were cabarets whereby working people would be able to get rid of the stress of work.

This was the place where enterprising people would practise their flair for Western dancing. They would do the various ­dances, such as the foxtrot, waltz, quickstep, rumba, samba, tango and other new trends. Competitions were also held and it was all in good fun.

Religion was never part of public dominance. It was a private matter. That was when religion and the state were completely separated.

The Islamic religious departments were only involved in family matters, such as marriage, divorce and inheritance. Other aspects were left to the discretion of the people. Religion was never forced into the everyday life of the people.

Malay-Muslim children from a young age would attend afternoon Islamic religious classes where the various aspects of their religion were made known to them. The emphasis was that the individual was answerable to Allah and not to anybody else.

But Umno’s rivalry with Pas for the support of the Malay-Muslims caused both these political parties to accuse one another of being non-Islamic, and thus the devil was let loose. Once Pas started to accuse Umno of being deviant in its Islamic stand and also convinced some conservative Malays of the sins practised by Umno, the latter in the 1980s turned into being fanatical in its Islamic agenda.

READ MORE:  Renewing Malaysian politics: Will the young respond to the call?

The Islamisation of the country started to take shape.

The tudung suddenly appeared as part of so-called female Islamic attire. Dances were no longer encouraged. Life had been made austere.

Islamic religious departments were expanded and new ones ­created, like the Malaysian Islamic Development Department (Jakim). Religion had been made part of the state. Malay-Muslim life had been regulated.

Money and power were invested in these religious institutions and with power in hand, more regulations were manufactured. Halal certificates became necessary to indicate to the Malay/Muslims which places they could patronise. This was done simply to exhibit the power these institutions had.

The Umno government became victim to the whims of Pas, and there was no need for Pas to govern the country as Umno was implementing its agenda.

Malay culture was deemed ­deviant from Islamic values and Arabic culture started to seep in. There were no more greetings of selamat pagi or selamat datang. All terms had to be in Arabic. Politicians in starting their speeches would rattle off in Arabic for a few minutes to show off how Islamic they were before coming to what they wanted to deliver, and would do the same when ending their speeches.

The Malay-Muslims in the country became obsessed with rituals and other humanistic aspects of religion were discarded. Thus they became arrogant and aggressive in displaying their Muslim-hood. This is nothing but mere hypocrisy.

Religion should be personal. The state should have no say in regulating Malay-Muslim life. What each individual does, drinks, eats and wears is up to each individual to choose as long as there exists no criminal element.

The state must divorce itself from religion. The country must go back to being secular and let religion be the choice of individuals.

There should be only one legal system and to have two running in the country has caused confusion, where even the learned cannot distinguish between consent, conversion and conscience. 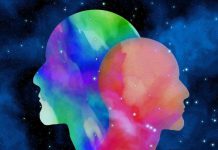 Malaysians must reflect on their political beliefs and share their thoughts

Renewing Malaysian politics: Will the young respond to the call?

Ahmad Mustapha Hassan, for your information, Islam is a complete way of life. Therefore secularism is completely at odds with Islam. Long before the time the British colonise us, the various sultanates in peninsular had only one system of government i.e. Islamic. The two legal systems that we have now in our beloved country, is a terrible legacy left by our non muslim colonial master, the British.

Interesting nik. By the way, how do you define Islam? Islam, the prophet mohamed way; Islam, the pre-mongol way; Islam, post-mongol-taymiyyah way; or Islam, Ottoman way? And how is that legacy terrible, when it had ensured prosperity, peace and harmony for half a decade after independence, when so many newly-liberated countries were suffering from chaotic upheavals? Mind you that the various sultanates continued literally unchanged in their state of mediocrity up until the very late stage of european colonial age on the eve of the world wars; and that the first sultan who had his mind open, the Johor emperor, an anglophile, was born in an age when the last great islamic empire, the Ottoman, had become the sick man of europe, surviving only as a result the desire of the British and French to make it safeguard the balance of power against Russians and Austrians. Another point, and a very interesting one, is that why the so-called ‘perfect way of life’ is being frowned upon by the author of this article, and many other malaysians, and certainly many around the world. The notion that the… Read more »

Sigh….yes, those were the days. We were fortunate to have experienced the harmony and peace of beautiful Malaysia – Malaya then. Today’s generation missed out; we’ll never taste the happy simple life again, at least not for the next few generations to come. Sad….