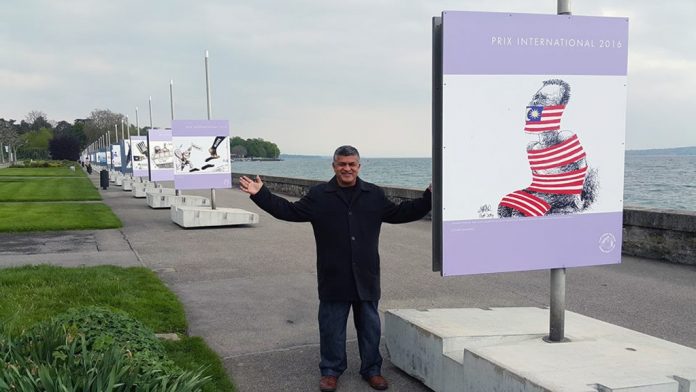 Leaders are not – and should not be – beyond reproach, asserts Mustafa K Anuar.

Ruling politicians, by virtue of their political and social standing in the public domain, invariably come under the public gaze that is easily facilitated by the presence of the mainstream media and, in the internet age, news portals and all-pervasive social media.

These are personalities ― irrespective of their political bent and affiliations ― whose speeches and actions often attract the rapt attention of many people in society, particularly journalists, political commentators, academics and critics.

For cartoonists, satirists and comedians, the public conduct of these political figures constitutes rich material.

To be clear, these public personalities will be subjected to the close scrutiny of the general public for as long as the society they live in has the rudiments of democracy, such as accountability and varying degrees of freedom of expression and the press.

And this public gaze becomes more intense if and when there occurs an ideological and political gap between the leaders and the people in whose name they govern in terms of the national policies that have been carried out and the vested interests that are being served to the detriment of the ordinary people.

In this situation, there is a disconnect between the political leadership and the ordinary people when social reality becomes increasingly remote in the eyes of the leaders.

That is why the celebrated cartoonist Steve Bell, for example, was very occupied with his sketches at a time when the late Margaret Thatcher, as Britain’s Prime Minister, implemented policies that were perceived to be inimical to the collective interests of a large section of  British society, particularly the poor and the marginalised.

Like political analysts, journalists, academics and satirists, cartoonist Bell ― through his artistic skill ― goes a long way towards making political leaders account for what they do and say because these things usually have wide political and social implications.

In many cases, it is also a way of checking political arrogance when cartoonists (and also comedians and satirists), armed with their creative talent, mock the leaders concerned.

Similarly, the antics of President Donald Trump, which includes his tweeting in the wee hours of the morning, becomes a deep concern for some political observers; it is also a subject of ridicule for certain movie and TV stars to the extent that they become instant sensations as stand-up comics.

To reiterate, getting criticised and lampooned should be taken in their stride by ruling politicians as part and parcel of the political culture in a democracy. In fact, certain political leaders in a democracy like Malaysia should at the very least try to chill.

That is why it is cause for concern for those who cherish freedom of expression when, for instance, cartoonist Zunar, who’s known for his mocking of the Najib administration, was charged with nine counts of sedition. If convicted, he could be sentenced to a total of 43 years in jail.

But critical comments of the ruling group are not only the preserve of a select few in society. Ordinary people should also have the right to express themselves in ways that are peaceful or do not have the effect of inciting others to violence.

It is, thus, disturbing to know that recently three Malaysians were charged at the Kuala Lumpur Sessions Court under Section 233(1)(a) of the Communications and Multimedia Act 1998 (Act 588) which carries a maximum RM50,000 fine, one-year imprisonment, or both, upon conviction.

While some may consider their kind of criticism as crass, those charged surely did not deserve such high-handed treatment from the state. If anything, the action of the state begs the question as to whether it is an attempt to make the three people concerned an example for others who are equally, if not more, critical of the present administration.

Of course, there are grey areas in this regard – for there exists political commentators and critics who might cross the line and indulge in character assassination and, to borrow a Trumpian term, alternative facts. If and when this happens, the political figures concerned should insist on the right of reply.

If need be, there is also legal recourse for those politicians who feel that they have been unfairly and gravely maligned. Having said this, over the years, we have also witnessed certain personalities resorting to suing people to the extent of not only causing severe financial hardship to the those sued in terms of compensation, but also in effect helping to curb legitimate freedom of expression.

Contrary to popular assertion by certain political leaders, the freedom to express and to make criticism is not a Western construct; it also exists and is practised in areas outside of the Western hemisphere. This points to the fact that leaders are not, and should not be, beyond reproach.

To take an example from the Islamic tradition, after assuming the office of Caliphate, Abu Bakr as-Siddiq ‘Abdallah said, among other things, to the people he governed: “I have been given the authority over you, and I am not the best of you. If I do well, help me; and if I do wrong, set me right. Sincere regard for truth is loyalty and disregard for truth is treachery.”