Economic growth or GDP figures may not be a reflection of what many people are feeling on the ground, writes Anil Netto.

The other day, I received a message from a relative abroad. “Malaysia economy grew by 6 per cent … that’s huge,” he said. He was referring to the Malaysian GDP growth of 6.2% in the third quarter of 2017 compared to 4.3% in the same quarter last year.

I suggested to my relative that perhaps the growth was not being felt by many people on the ground. Perhaps the GDP growth was only trickling down (trickle-down economics).

There could be several reasons for this including high household debt, stagnant wages (after adjusting for inflation), the weak ringgit and the GST.

The economy may be growing but many of the factories employ migrant workers, who remit much of their (low) income abroad. This is happening at a time when local youth unemployment is hovering around 10%.

According to Bank Negara data (The Edge, 6 November 2017), Malaysian workers’ wages grew less than 1% last year. Even though the minimum wage was raised to RM1,000, labour’s share of the economy is just 35%.

While government statistics (the Gini coefficient) show the income inequality has dropped slightly over the years, the disparity in EPF savings between the rich and the poor has been rising.

The weak ringgit, especially, translates to more expensive vegetables and fruit and other imported items. This is the problem when the nation lacks food security and we have to rely a lot on imported food.

In addition, the Goods and Services Tax returns 6 per cent of consumption spending back to the government. The BR1M given to households earning less than RM4,000 is probably not enough to make up for the GST and the rising cost of living.

Household budgets are further squeezed when budgetary cuts and the removal of subsidies (in line with the neoliberal ideology) increase the cost of healthcare and education.

(The government reportedly spends less than 5 per cent of GDP on social services.)

Meanwhile, the majority of houses built cost more than RM250,000 — which would be unaffordable to many.

Expensive housing loans, car loans, and the higher cost of living — along with relatively stagnant wages — contribute to household debt.

While household income may have grown by 4.3% (in real terms) from 2014 to 2016, researcher Lee Hwok Aun says we need to really look at what are the components of the household figures to see if they reflect reality. The share of wages and salaries has dropped from 66.6% in 2014 to 63.0% of household income in 2016 (Malaysiakini, 6 November). Self-employment income too has dropped.

So, to sum up, neoliberal economic policies (such as the removal of subsidies and budget cuts on social spending), the rising cost of living and property prices and relatively stagnant wages have all taken a toll on the people.

What this means is that economic growth or GDP figures — and even the Gini coefficient, which measures income inequality — may not be a reflection of what many people are feeling on the ground. And it certainly does not include the social and environmental costs of pursuing such growth.

This article was first published in the Herald Catholic Weekly. 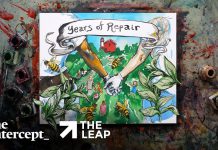 There is #NoGoingBack: NOW is the time to determine our future – 2020!