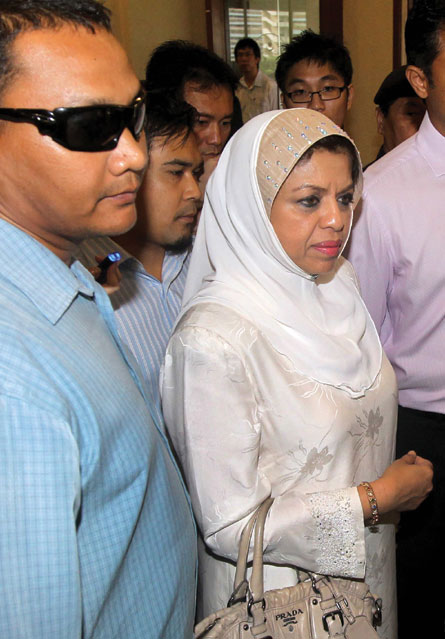 The idea that Malays are being marginalised and Islam repressed are lies that Umno often uses to scare vulnerable Malaysians, observes Syerleena Abdul Rashid.

It is not uncommon for Umno leaders and their followers to spread myths of racial bigotry that result in negative perceptions that can taint the DAP’s reputable image.

Wanita Umno chief Shahrizat Abdul Jalil was reported to have cautioned Malaysians that “picking the opposition means selecting DAP to become the government… if we look at the DAP-led government in Penang… which spelled the end of the road and dignity of bumiputeras, specifically the Malays there” during an event held in Felda Bentong, recently.

This type of fear-mongering is perhaps the only political survival tactic left for Umno; the party has lost all inkling of positive nation-building and spreading their usual brand of hatred has reached a feverish pitch.

Since taking over administration in 2008, the DAP-led Penang state government has introduced various programmes to help those who are in need of assistance. Namely, the practice of an open tender system that sought to put a stop to crony economics and award well-deserving Malaysians based on merit, qualifications and experience. This has created a more competitive and healthier environment – roughly 70 per cent of these government contracts were awarded to Malay/Bumiputera companies, contrary to what leaders like Shahrizat drum out.

In addition to that, several financial assistance programmes were also implemented to help marginalised groups. One in particular, Penang’s Equitable Economic Agenda (Agenda Ekonomi Saksama/AES), successfully assisted 1,375 families (in 2016) where 81% of these recipients were Malays. Through this and other welfare programmes, Penang was the first state in the federation to have successfully eradicated hardcore poverty.

The Penang state government has also given prime land worth millions for the purpose of building a Sharia court complex at Jalan Scotland, Penang and has also acquired non-Muslim land for the purpose of expanding a Muslim cemetery – clearly, both would not have happened if Penang truly did neglect the needs of the Malay-Muslim communities in this state.

To further ensure that the needs of the Muslim communities are met, the DAP-led Penang state government also allocated adequate funding to ensure the further development of Islamic affairs.

During Barisan Nasional’s administration, RM37.86m was allocated in 2007, whereas under the present state government, approximately RM55.85m was set aside in 2016 alone. Furthermore, the present state government has also began awarding deserving students scholarships through Zakat Pulau Pinang – RM600 is given to students from Sekolah Agama Rakyat (SAR), and scholarships amounting up to RM20,000 are given to Muslim students to further their tertiary education.

Perhaps, Shahrizat and other Umno leaders should look in the mirror first before blaming the opposition for marginalising communities – our modern history is filled with evidence of Umno’s wrongdoings.

How can we forget the grand betrayal Malaysians experienced through the RM250m cattle-breeding project scandal that first surfaced in the 2010 Auditor-General’s report which revealed how her family through the National Feedlot Corporation swindled public funds? This project could have created thousands of much-needed jobs, help local industries thrive by providing a long-term sustainable framework and more so, help improve the lives of Malaysian families.

Instead RM250m was used to purchase items that were totally unrelated to cattle-breeding. The ambition to decrease our nation’s dependency on imported beef has become another one of many broken dreams, thanks to greedy, self-serving kleptocrats who continue to bleed us dry.

READ MORE:  Anwar has not learned from previous failures

The idea that Malays are being marginalised and Islam repressed are lies that Umno often uses to scare vulnerable Malaysians into believing that political reforms would mark the destruction of our nation – fear-mongering is obviously the only political lifeline Umno has to ensure survival. Present day Malaysians are far too smart to buy whatever half-baked ideas Umno leaders like Shahrizat are selling to the masses.

There is an old saying – there are three things that cannot be hidden – the moon, the sun and the truth; therefore, based on the improvements in Penang, there is absolutely no traction to the myths Umno continually attempts to spew: Malays on the ground in Penang know that the DAP-led Penang state government has done more for the Malay-Muslim community than the previous Barisan Nasional administration could ever muster.