This proposed law would ensure that the funds of opposition parties and certain civil society groups would run dry, observes WH Cheng.

Of late, leaders from the ruling Barisan Nasional (BN) coalition, particularly from Umno, and many Umno-linked NGOs have shifted their anti-Chinese chorus to that of George Soros.

Sounds like Umno and its sponsored NGOs were deliberately making Soros a scapegoat for their political misadventure and to cover up various scandals linked to their leaders, in particular the 1MDB controversy and RM2.6bn in the Umno president’s personal account.

Well, Umno has just made Soros a well-known figure in Malaysia today by claiming his involvement in an “attempt to overthrow the BN government”. Every Malaysian would be interested to know if Soros has been laying a plan to become “prime minister of Malaysia”.

It is all about foreign funding and the Jews when Umno and its associates are trying their best to discredit and bring down the opposition parties and civil society groups. The momentum gained by opposition groups has caused Umno and other BN leaders to panic.

Umno and other BN leaders are horrified to learn that more people are supporting the opposition and civil society groups which are exposing more and more of the misdeeds in Putrajaya.

Umno and other BN leaders were cracking their heads over how and why these opposition parties and civil society groups could have so much money to fund their activities against the government. They appear to have decided to use Soros as a punching bag to solve their dilemma. It is easy; they could just say Soros wanted to replace Najib as prime minister of Malaysia. Does it make any sense?

Support the struggle to build a Malaysia based on Justice, Freedom, Solidarity:
READ MORE:  Bersih 2.0 is proudly supported by Malaysians, not by the US or any foreign powers

With Soros dragged into the country’s political scene, Umno and BN leaders were quick to initiate plans to ban political funding from foreign-based foundations and institutions. The hidden agenda [it would appear] is to ensure these anti-government groups run out of funds and out of steam in their campaigns to expose wrongdoings of the government.

Just look at how quick and efficient the police, the Companies Commission of Malaysia, the Registrar of Societies and the Malaysian Communications and Multimedia Commission are in hauling up individuals, institutions, think tanks, news portals and civil society groups which are deemed to be opposition-minded.

And yet they could not trace any fault in these opposition-minded groups at all. So, they decided to come up with a proposed new law to restrict the fund flows into these groups.

Two Ministers in the Prime Minister’s Department, Paul Low and Azalina Othman Said, have stressed that such a law would be applied fairly on all parties, but who on earth would believe their assurance?

The beneficiaries of new funding law

Well, everybody in Malaysia who is aware of the misdeeds of Umno and other BN leaders in the government would certainly know that the new anti-funding law will surely benefit Umno, BN and their associates.

Why? Because pro-Umno or pro-BN organisations like Perkasa, Pekida, Isma, JMM, PPMM or even the red shirts would not have to depend on foreign funds because they could get their share from Putrajaya, Umno or BN-controlled parliamentary or state constituencies or any GLCs out there.

READ MORE:  Bersih 2.0 is proudly supported by Malaysians, not by the US or any foreign powers

This proposed law would certainly ensure that the funds of opposition parties and certain civil society groups would run dry. This is because the law would now clearly spell out what or why foreign funding should be banned for opposition parties or civil society groups because the ultimate goal [appears to be] to stop financial flows into these organisations to prevent their growth.

In our case, there is no clear justification for this kind of law. In other countries, there are anti-foreign funding laws too, but they were made specifically to prevent crims, terrorism or any acts that would threaten the public safety of those nations.

But in Malaysia, such laws are being designed [apparently] to purge opposition and dissenting groups fighting for democracy, freedom of association, freedom of expression and other features of human rights.

The authorities are known to be super quick and efficient in cracking down on organisations unfriendly to Umno. With another piece of legislation in hand, these authorities would certainly be happy to make their rounds even more effective to clamp down on those who criticise, oppose or protest against the unjust policies or actions of Putrajaya. 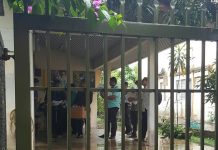