Adrian Lee writes to the venerable Hot Dog, requesting him to change his name to avoid further confusing those who are easily confused.

I’m writing to you with great concern, as your last name has recently been a source of confusion.

I am thus asking you to change your name for your name could make me want to pet, rear, think of and, heaven forbid, eat a dog.

While I am pretty sure you’re not made of dog meat, I’d still like you to clear the air so that we don’t remain in the doghouse as many terms or words seem to be sensitive, offensive, provocative, distasteful or confusing nowadays.

As I write this, it’s raining cats and dogs. Don’t worry. No cats or dogs are falling from the sky for cats and dogs can’t get along. Anyhow, be glad we don’t experience the dog days of summer nor any three dog night. No dogs involved here.

I’ll also be writing to rapper Snoop Dogg requesting him to change his name for some might believe that a dog can actually rap. Snoop Dogg is human – for his name is all but a dog-and-pony show. Keep calm, no dogs or ponies on show here.

Such names and expressions surely are deceiving! Like how Big Mama Thornton’s Hound Dog isn’t about a dog crying all the time. Imagine a crying dog! That’s crying all the time! Another misleading term is doggy style, which means… well, I’d leave that to your imagination.

Please don’t feel as sad as a hound dog’s eye about the possible need to change your name. Many great films such as Ghost Dog, Reservoir Dogs and Wag The Dog already carry your last name.

But how can a film title contain the word dog but not feature a dog, you ask? Like how can a hot dog not be about dogs? This could be a conspiracy created by hamburger manufacturers to confuse and mislead consumers. Dog my cats!

Or is this all but a smokescreen to cover up something bigger that is going on? Or could you be the one who created this controversy in order to increase sales revenue? But then again, why keep a dog and bark yourself?

Oh well, we do live in a dog-eat-dog world where only the fittest survive in this conniving world that has almost gone to the dogs. No, rest assured that no dogs are eating other dogs in doggy bags or being another dog’s breakfast.

It is just like how I’m forced to work like a dog in today’s economy. But then again, I’m constantly reminded that every dog has its day and not everyone has to be a dogsbody. So maybe, you could just teach an old dog new tricks.

Maybe I should let sleeping dogs lie. Perhaps your name makes you guilty by association, as the origins of your name remain dodgy: some say it originated from a baseball game, from a cartoon and even from a university.

Well, you are not the only one with a confusing name. Don’t be startled but Megan Fox, Jay-Z, Michael J Fox, Dick Wolf, Tiger Woods and Tony Hawk are humans with animal-sounding names. That dog won’t hunt!

So Hot Dog, you truly must understand why I feel that your name is misleading. Oh, English can be so perplexing at times for there are so many different phrases, idioms, sayings, jargon and expressions out there.

After this I should write to the Queen to enquire why she’s made English so difficult. I’d also enquire why there aren’t any cocks in a shuttlecock or bulls in a bulldozer. All this cock and bull!

I need to go now for my dogs are barking. In the meantime, behave yourself and don’t be a bad dog.

The One Who Lives to Eat 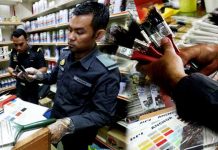