Preserving Chinese culture is just a euphemism for many parents not wanting their child to be educated in an environment where their cultural traits are treated as second-class, says Nicholas Chan.

According to the Malaysian Education Blueprint, the proportion of Chinese students enrolled in vernacular schools (or the national-type Chinese schools) had increased 92% in 2000 to 96% in 2010.

Interestingly, the Chinese vernacular schools are also the most diverse type of primary school in the country with non-Chinese enrolment up to 15% in 2014.

That said, there is no denying racial segregation happening in our schools, and I want to talk about it from the perspective of a hypothetical parent.

I am aware that many are saying that Chinese parents opt for vernacular school because mother tongue education helps to preserve their cultural roots.

To be honest, I am not sure how much of this theory holds true, considering many Chinese parents are in favour of the teaching of Maths and Science in English policy (PPSMI).

Besides, many of those who can afford it have already sent their child to private schools, where English-medium education is offered. Many of these children did not even learn Chinese.

I would very much prefer my kid to be able to speak, read, and write in Chinese as I do.

But to send him (let’s say hypothetically it’s a he) to a school for Chinese culture is the last thing I want to do.

You see, if I do not end up in a mixed marriage, then chances are my son would probably grow up in a homogeneously Chinese environment. Why would I want to subject him to more Chinese culture?

In fact, this obsession over essentialised notions of culture, where a person has to judge day-in and day-out what is “Chinese” (or “Malay” or “Iban”, for that matter) and what is not, is something a quality education should seek to do away with.

My kid should be exposed to all sorts of cultures in his/her school. He should learn from a very young age that differences, be they natural or nurtured, is something he is expected to live with harmoniously for the rest of his life.

I expect him to make cultural faux pas, and to offend and be offended, and to learn from those experiences to be a mature, respectful, and empathetic person.

I would not even mind if he decided to spend more time learning about the cultures or religions of others.

If he ends up being a fan of Malay cooking, cool. If he decides to learn more about Christianity, this agnostic dad himself understands the joy of learning about religions.

And certainly if he wants to date someone from a different ethnic or religious upbringing, I would say go for it!

Living as we do in a country where everything is racialised, we ought to know by now that people who are culturally insecure tend to be people who get little exposure to other cultures (or if they have hidden political or economic motives).

If my son does not grow up knowing enough about his own cultural roots, that should be the fault of his parents, not the school’s. My biggest concern is that he does not know enough about the others.

In fact, if you ask me, I will not even allow my kid to be asked to follow any rules if the excuse given is that it is a “Chinese” thing to do.

And I would certainly not accept it if there are elements in the school who abuse my liberal outlook to pursue their own agenda, such as the cases we hear of the religious conversion of schoolchildren.

You may argue that I am being hypocritical here for talking about cultural fluidity but not being open to the idea of my child going to the “other” side.

Here’s the thing: in my opinion, a child should enjoy and experiment cultures in the most liberal of environments, free of authority figures serving as missionaries or arbiters.

But in such conditions, the educator should not only act as the point of knowledge but also the point of neutrality. Anything else would be an abuse of power and the parents’ trust.

I think it is completely fair for a parent to expect that level of professionalism. It is not unlike asking university lecturers not to sleep with their students.

One day, he might make a choice with regard to the cultural or religious identities he is most comfortable with – but not as a child, and certainly not under the coercion, manipulation, and active efforts of others.

And so we come back to the elephant in the room. Why do Chinese parents not send their kids to national schools?

And after my exposition above, would I definitely not send this hypothetical child of mine to a vernacular school?

Leaving aside considerations of quality, there is still one thing that concerns me as the hypothetical parent. While I am open to all cultures, I am not open to an environment where my kid is led to believe that his culture is either superior or inferior. I don’t mind my kid being the only Chinese in the school but I will never accept the school giving him the impression that being ‘Chinese’ is wrong.

Using food as an example, my kid should never be forced to eat like a beggar in a tiny corner just because he is taking non-halal food or to eat in a surreptitious manner (as if the food is stolen) during the fasting month.

No doubt, he needs to learn how to be mindful of the sensitivities of his friends from other ethnic or religious backgrounds (which is the reason I want a multi-cultural school environment in the first place), but definitely not in this manner, where he is being told his culture is inferior or ungodly.

I want him to respect his peers and teachers, but at the same time, I think it is fair that I ask the same respect be given to him.

The fact that halal and non-halal eateries still cannot co-exist in our public universities (where there is a substantial number of non-Muslim students) says a lot. The presence of non-halal eateries, I argue, will not automatically result in segregation.

People are bitter when choices are taken away from them, not when they are given to them. Genuine relationships are hard to foster in conditions of bitterness.

In my previous workplace, I have most times opted for places that serve halal food because they are tasty and more importantly, I want to eat with my Muslim friends because I love having them together for lunch.

Preserving Chinese culture, in my opinion, only serves as an euphemism for many parents not wanting their child to be educated in an environment where their cultural traits or dietary habits are treated as second-class.

The ideal school environment should be one like the swashbuckling tale that is Journey to the West, where a monk, a dragon-cum-house, a monkey, a pig and a once river monster learn to accept one another’s differences and misgivings and work hand-in-hand for a common cause.

But if, as in the case in Malaysia, the pig has to be dropped, then the pig has no choice but to hang around in places where pigs are accepted for who they are.

Our humanity, our identity 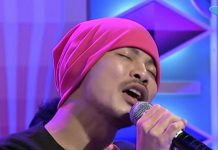 frankly speaking, it’s just another one of those private schools with a fully chinese syllabus. it’s annoying enough that they they are better than others. one could still celebrate their own culture even without entering those kind of vernacular schools or speak at home, want to really learn? attend a language school. but the point of attending any education institution is learn, fail and grow, just like in life.

I teach in a Chinese Independent School and the last thing I would do is to send my child to such schools because instead of promoting culture, the children learn and grow in a very close minded environment. Some of my students do not even know that Muthu is a name and it is an Indian name, couldn’t care less on what halal means, are not bothered to know about Baba and Nyonya culture and anything that is other than Chinese. Besides, the parents who are sending their children to Chinese Independent Schools must learn to distinguish the difference between cultivating discipline and communism.

Stupid! Sending kids to Chinese school is not about culture. It all above thinking and attitude training.

This parent or lady make a simple thing to be hard.
Waste my time to read it to the end.