We pay to use public toilets just like how we pay taxes and both do not yield much return to us other than providing the bare basics, sighs Yasmin Bathamanathan.

It was a hot mid-morning when my husband and I were strolling in the park just outside the shopping hotspot Chatuchak Market in Bangkok. As we admired the greenery, I had the urge to go to the restroom.

Knowing that Chatuchak is the world’s largest weekend market and having seen the sheer mass of people who visit the market on a previous trip, I was definitely not willing to experience using a public toilet in such a crowded place.

Alas, I could only hold on that much and very soon we were asking other strollers directions to the nearest toilet. Luck would have it that the closest toilet was one that was at the entrance of the park, which meant not only visitors to the park used the toilet but also pedestrians and the peddlers on the sidewalk outside the park.

When faced with a do-or-die situation, of course I had to do, and so I braced myself for the worst of Malaysian public toilets. Thankfully, like most of my experience in different places in Thailand, this antiquated public toilet with two bricks to squat on and a very small commode was clean, relatively well maintained and with the faintest of toilet odour.

I have used toilets in Malaysian malls that were in far worse condition than this no-frills public toilet in one of the world’s busiest spots.

Speaking of Malaysian public toilets, we have all kinds – designer toilets with swanky marble floor and state of the art amenities to barely functioning, piss and s***-clogged toilets that stink a mile away. Just like everything in Malaysia, we have something for everyone.

In one toilet in an upscale mall in Penang, I felt droplets on my arm only to find out that they were from the leaky ceiling which most likely resulted from leakage in the toilet right above!

I have had to use filthy s***-stained toilets out of sheer desperation in numerous petrol station toilets along the North-South Highway.

Toilets with no running water, no soap and no latches on the door. Toilets with bins overflowing with used sanitary napkins and toilets that do not flush.

Toilets that are a nightmare for which you pay 30 sen to endure and toilets that reek of rotting fish.

I can only imagine the struggle parents with babies and young children have to endure and breastfeeding mothers who sometimes have no choice but to seek refuge in the toilets to feed their children.

Since toilets are essential facilities, why is it that we can’t seem to get our public toilets right and keep them clean and well maintained?

Why is it that pay-to-use public toilets are the worst? Isn’t the entrance fee channelled towards the maintenance and service delivered?

In many ways, our toilet situation reflects the state our country is in.

We do not have a lack of public toilets, but what we lack is the quality of toilet facilities. We can apply this analogy to aspects of Malaysian life, such as the civil service, graduates and job seekers, schools and institutions of learning, and also politicians and ministers.

We pay to use public toilets just like how we pay taxes and both do not yield much return to us other than providing the bare basics.

We have all sorts of facilities but like the public toilets, they are in conditions so varied that you cannot depend on getting a satisfactory toilet experience at any given public toilet. Much like our government – you are not sure if they have your back or not.

Not all public toilets in Malaysia are bad just like not everything in Malaysia is bad, but there is a significant number of bad toilets, significant enough to get us worried and start improving what we have. 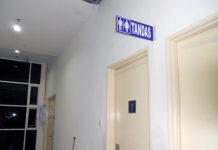 Agree with Yasmin. Our public toilets are reputed to be the filthiest this part of the world. The public is not taught to clean up after themselves, like on an airplane.