Standing up for another human being’s equal rights is no trivial matter, says  Syerleena Abdul Rashid.

If you think about it, the idea of feminism is fascinating. It is this overconfident (bordering on arrogance) notion that women should be granted personal mobility, absolute rights and full autonomy over our bodies.

At least that’s the description many give, when someone tries very hard to be mischievous.

Sometime in 2015, Time magazine published the results of a cheeky survey they conducted, asking readers which popular words should be banned. Some of these words included “bossy”, “kale” and “turnt”.

The list was supposed to be tongue in cheek but the joke was lost when it turned out that about 51% of the readers supported the ban on the word “feminist”.

Time magazine quickly apologised and the president of the Feminist Majority Foundation, Eleanor Smeal, commended the magazine for “coming to its senses”.

So when former Wanita Umno chief Rafidah Aziz (a prominent leader and definitely not a “nobody” as claimed by her party colleague) stated her aversion over the word “feminism” several weeks ago and ultimately, called for a ban on the word, it reminded me of Time’s snafu.

Although I do understand where she is coming from and fully agree with her that women are not quota fillers and a women’s worth lies in her competence and abilities, quality is unquestionably essential.

But the fact remains, Malaysia has a problem with gender bias and discrimination; therefore, quotas are regarded as a positive step to create an acceptable benchmark that displays inclusivity and the balance needed if Malaysia is serious about aligning itself with the 21st Century. It is a gender-based affirmative action and there’s nothing wrong with that.

However, if one really must ban words, why not ban racial slurs, instead of banning an idea that represents empowerment, solidarity, sisterhood, social justice and above all, human rights.

Standing up for another human being’s equal rights is no trivial matter. However, in this day and age, when we should be moving forward, it is most unfortunate that the opposite is happening.

These days, it’s becoming normal to hear men suggest that women must remain “in their place” and other ridiculous propositions, implying that women exist to merely play second fiddle.

We were just too unlucky not to be born a man and our monthly “visits” make us unsuitable candidates for top political positions – well, at least that’s what the ‘women haters’ claim.

Imagine for a moment, we live in a universe where women have access to reproductive rights freedom, affordable child care, where women are free from threats of violence, harassment and sexual assault. Women can participate in intellectual debates without disagreements based on our looks or sexuality. We can walk the streets without having to endure catcalls and whistles.

Unfortunately, we don’t live in that universe, and as a society, we are falling drastically behind in a frustrating manner.

We can’t ignore the fact that quite a number of public figures are also now coming out declaring themselves as feminists. They recognise the influence they have and, because of this, are able to introduce this concept to a wider range of people.

For average Malaysians like you and me, this is a much appreciated gesture, because when more people are aware, we can make more noise about it. It also lessens the stigma surrounding feminism and those who speak of it.

Seeing how there’s still a lot of work to be done, I’m keeping this word and, Malaysians, you should too.

Holding back women is society’s loss 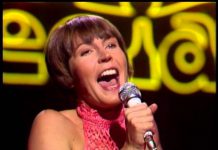 Helen Reddy, singer of I Am Woman, dies