Respect is a two-way street and in this country, it takes more than just a hashtag to earn our respect, says Syerleena Abdul Rashid.

Everyone knows that respect is a two-way thing that takes into account someone’s feelings, needs, opinions and partiality.

What this simply means is that, average humans like you and I will need to absorb these values to give them a sense of practical worth.

Giving someone respect is also about listening and acknowledging other people and most important, accepting their traits and all the peculiarities that come with it.

In a socio-political sense, respect (very much in tune with democracy) is also about permitting differing views and giving individuals a platform to initiate discourse, while keeping our emotions in check and abstaining from juvenile behaviour.

Respect can be displayed through our behaviour and in turn, it can also be felt by those who surround us. It is very much like an emotion because of how it makes us feel and how we project that feeling on others.

If a child is treated with respect at home, it is highly likely that the child’s mannerism will display positive traits but if the child is mistreated or is being subjected to both physical and mental abuse, the child will exude anything but good manners.

Now, let’s substitute that child with a different term: society.

If the government of the day implements policies that burden and represses society, that itself is an act of disrespect because the feelings, opinions and needs of the people are not being taken into consideration.

When the people feel neglected, positive traits and healthy relationships within our society will break down. In this sense, society will be subjected to the same physical and mental abuse (suffered by the aforementioned child) and as a result, society will exude the negativity bequeathed by the government of the day.

This is when chaos ensues and society will be led astray. Numerous scapegoats will be found, framed and demonised to deflect the blame from those in the corridors of power, who are only too fervent in wanting to control the fate (or riches) of this country.

It is an easy political move to blame the Malays, the Chinese, the Indians, the liberals, the moderates, the Jews, the Christians, the Hindus, the Muslims, the drug addicts, the unwed mothers, online media, social media, mainstream media and MTV, among others. And for Malaysians, we know the usual suspects who are guilty of doing just that – deliberately pitting us against each other to score political points with their respective “vote banks”.

They want to show us – the dissenting rakyat, the “traitors” and unappreciative Malaysians, just how tough they are. They demand respect, they insist on our unquestioning loyalty and they order submission no matter how ludicrous it may seem.

We are now in the Dark Ages, filled with the same mediaeval fear and repercussions but like every story, ours too has its silver lining – there is a light at the end of our darkened tunnel of social restrictions and political despair.

Our hope comes in the form of solidarity projected and conveyed by ordinary Malaysians, like you and me, who know that our time will come, and that their time is running out.

So, on behalf of all the “ill-mannered” Malaysians, let’s get one thing straight: respect is a two-way street and in this country, it takes more than just a hashtag to earn our respect. 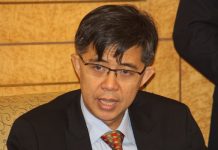 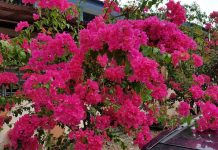